Many of 'The Wendy Williams Show' fans refuse to watch the show until the daytime diva, who is currently battling 'serious' health complications, returns to her famous purple chair.

AceShowbiz - Wendy Williams' fans are expressing their disapproval as the season 13 premiere of "The Wendy Williams Show" has returned without the daytime diva. Taking to their social media accounts, they insisted that the show is "not the same" without the TV hostess.

On Monday, October 18, the show's official Instagram account shared a clip as the show was about to go "LIVE" with guest co-hosts Michael Yo, Bevy Smith, Elizabeth Wagmeister and Devyn Simone. In the clip, it could be seen the co-hosts hosted the "Hot Topics" segment, temporarily replacing Wendy as she's facing "serious" health complications.

Although some praised the fill-ins for a job well done in the comment section, many slammed the show. "Just call me when Sis is back in the purple chair," one Instagram user wrote, while another commented, "Not the same without Wendy."

"No WENDY, no show, praying for her," a third chimed in, while a fourth expressed, "Ya need to bring WENDY BACK! This aint it," adding the trash can emoji. A separate critic also said, "This won't work. Wendy needs to come to work or retire because this happens a lot. Hope Wendy is recovering and I wish her the best."

The season 13 of the show was originally scheduled to premiere on September 20, but the date had to be pushed back after Wendy tested positive for COVID-19. Following her diagnosis of the deadly virus, the 57-year-old TV hostess was hospitalized for "psychiatric services."

"The Wendy Williams Show will start airing originals on Monday, October 18, with an exciting lineup of guest hosts and panels to be announced shortly," the statement shared via Instagram on October 12 read. "Wendy continues to be under medical supervision and meets with her medical team on a daily basis."

The announcement went on saying that Wendy "is making progress but is experiencing serious complications as a direct result of Graves' Disease and her thyroid condition." The statement added, "It has been determined that more time is needed before she is able to return to her live hosting duties."

"As soon as she's ready, she will be back in her treasured purple chair," her team promised to the viewers. "We very much appreciate the respect for Wendy's privacy, as well as all the good wishes from her fans, station partners and advertisers." 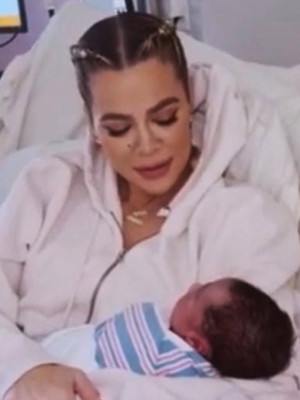