The outing arrives after the 'Life of Kylie' alum confirmed his second pregnancy with rapper Travis Scott in a touching Instagram video that she shared on September 7.

AceShowbiz - Now that the cat is out of the bag, Kylie Jenner doesn't have any reason to hide her pregnancy. On Thursday, September 9, the Kylie Cosmetics founder stepped out in style as she bared her baby bump while in New York amid fashion week.

For the outing, the 24-year-old star opted for a white crop top that showed off her growing belly. Arriving at the celebrity hang-out Carbone restaurant in Soho, the "Keeping Up with the Kardashians" alum paired it with dark denim, pointed orange heels, matching long coat and a Louis Vuitton bag. 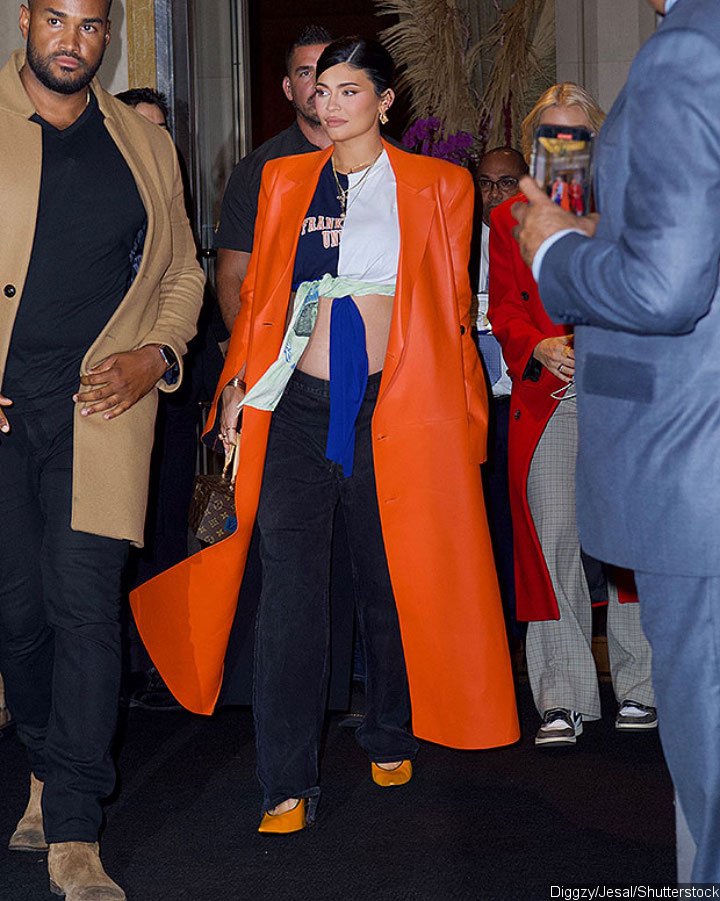 The outing arrived days after Kylie confirmed her second pregnancy with rapper Travis Scott (II). Taking to her Instagram account, the reality TV star confirmed rumors that she's pregnant with baby No. 2 through a video on September 7.

The video opened with Kylie holding her pregnancy test which showed "pregnant" as the result. She was also seen going to a doctor's appointment alongside the "Astroworld" artist and their first child Stormi.

Kris Jenner was also featured in the video as it saw Stormi handing out an envelope with sonograph pictures inside to Kris. Surprised, the momager asked, "Are you pregnant?" before she hugged her youngest daughter to congratulate her.

Kylie and Travis may be expecting their second child together, but reports claimed that the two are "not officially back together." A source previously shared, "This has been something they have talked about for close to a year if not longer. She's wanted a second child for forever."

Another informant said, "Kylie loves being pregnant and enjoyed her last pregnancy out of the public eye, she wanted to be able to have some of that same experience this time -- but it was not the best kept secret! Everyone is so happy for her. She and Travis are in a great place, and this is something they talked about and really planned for."