Grateful that the 'Good as Hell' hitmaker came to their defense, the 'Dancing with the Devil' singer posts a 'thank you' and 'I love you' note to their supportive friend.

AceShowbiz - Demi Lovato is apparently happy to have such a supportive friend. Upon learning that Lizzo has repeatedly corrected a paparazzi who misgendered their pronouns, the "Sorry Not Sorry" hitmaker crowned the "Good as Hell" rapper a "f**king queen" in a new social media post.

Taking to their Instagram Story on Thursday, July 1, the 28-year-old pop star reposted a video that saw Lizzo interacting with paparazzi. ''@lizzobeeating you f**king queen I love you," the "Dancing with the Devil" hitmaker, who came out as non-binary in May, captioned their snap. Grateful that the Grammy-winning rapstress came to their defense, they then added, "Thank you." 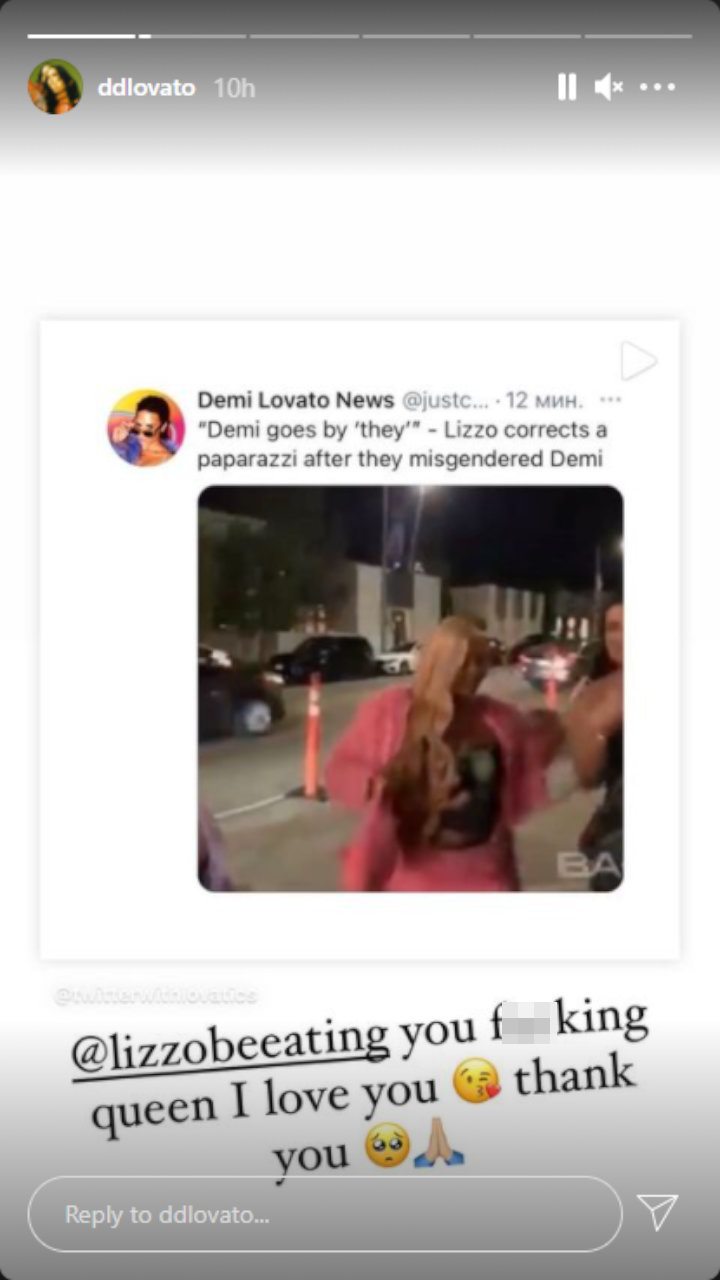 Lizzo has since turned to her own Story to reshare Demi's appreciative post. In the clip itself, the 33-year-old could be seen walking toward paparazzi after dinner at Catch Los Angeles. Noting that Lizzo was wearing a shirt with Demi's face on it, one of the photographers was heard asking, "Is that a message to Demi? Should she reach out?" In return, she replied while holding out her finger, "They." 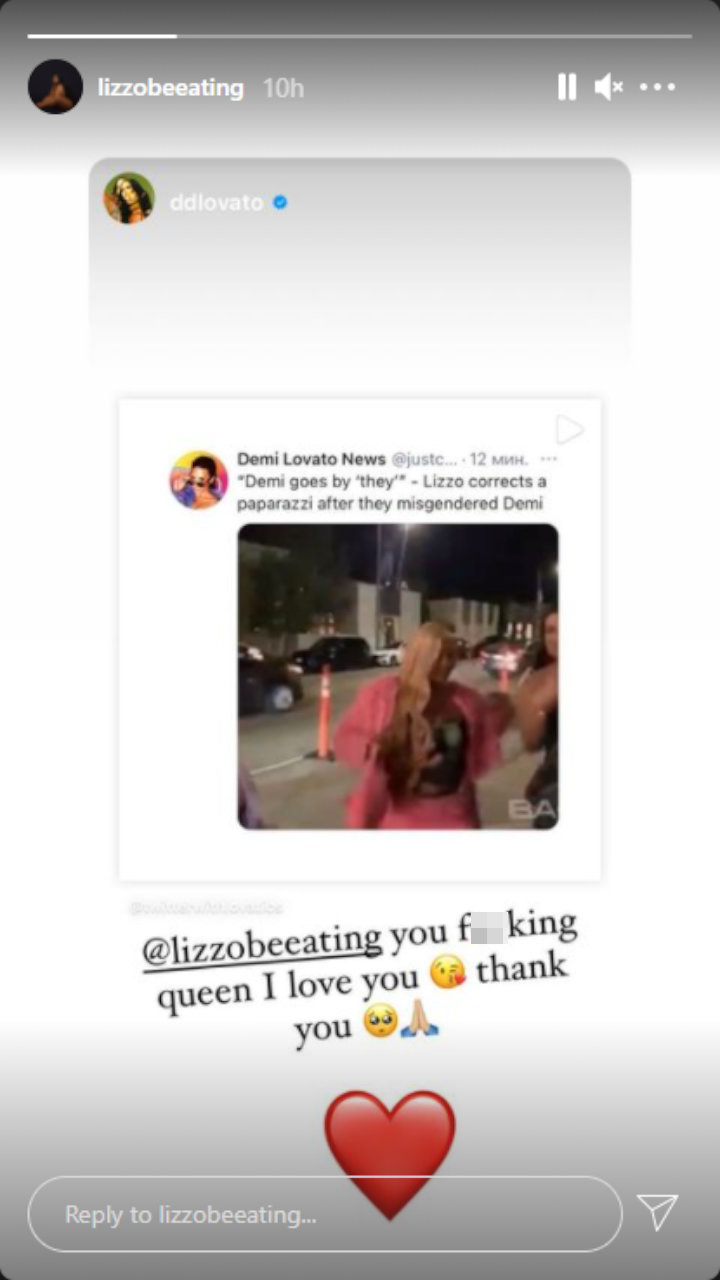 The photographer, however, appeared to have missed Lizzo's correction and continued asking, "Have her team contacted your team?" The "Truth Hurts" hitmaker once again corrected them by stressing, "Their team." Making sure that her point came across, she added, "Demi goes by they now."

Paparazzi were not the only one needing time to get used to the pronoun switching. During "YouTube Pride 2021" on Saturday, June 25, the "Camp Rock" alum admitted, "I am grateful for the progress that my family members have made in using my pronouns, team members, friends."

Demi also revealed that though they came out publicly as non-binary in May, they told their family months earlier. "I actually had come out to loved ones and friends, like, last year, but this year, I made it public," they shared.

They added that coming out to fans was about remaining honest. "I felt it was really important for me to share that with the world," the "Heart Attack" singer stated. "I've been so open and honest with my truth to my fans. I felt holding it in any longer just didn't feel right, and I wanted to share that, my truth, with the world."