When asking for support from fans and followers, the 'Drop It Like It's Hot' hitmaker expresses his gratitude to Beverly Tate by stating, 'Mama thank u for having me.'

AceShowbiz - Snoop Dogg is expressing his love to his mother who seemed to not doing well. When asking all the "prayer warriors" to keep Beverly Tate in their prayers, the "Drop It Like It's Hot" hitmaker turned to social media to thank her for raising him.

Making use of Instagram on Friday, May 7, the 49-year-old shared a series of posts displaying photos of his mother. In one post, he wore a black suit and sunglasses from Dolce and Gabbana while his 70-year-old mother donned a light pink dress. Alongside the snap, he added a heartfelt caption that read, "Mama thank u for having me could of gave me up but u raised a family [love]."

In another post, the husband of Shante Broadus shared a photo of his mother smiling to the camera while wearing a red dress, red hat, and red accessories. To complete her red look, she also put on classic red lipstick. This post came with a moving note that read, "I need all my prayer warriors for momma right now please and thank you [love]."

The post has since been flooded with lots of kind messages from his famous friends. Retired soccer player David Beckham wrote, "Praying for you and the family man [love]." Actress Meagan Good replied, "Praying family." Grammy-winning rapper Lizzo also gave him a warm note that read, "Praying for u big bro [love]." Meanwhile, NFL player Carlos Davis added, "We praying for you OG!!!"

The "Young, Wild, & Free" hitmaker did not stop only with the two posts. He also expressed his love to Beverly by putting out a portrait of her with a "Love u mama" caption. He also took to Instagram Story to ask for prayers for her. In the overhead caption, he simply wrote "PRAY4MOMMASNOOP" hashtag. He additionally expressed his gratitude by saying, "I appreciate all prayers and love. Thank you." 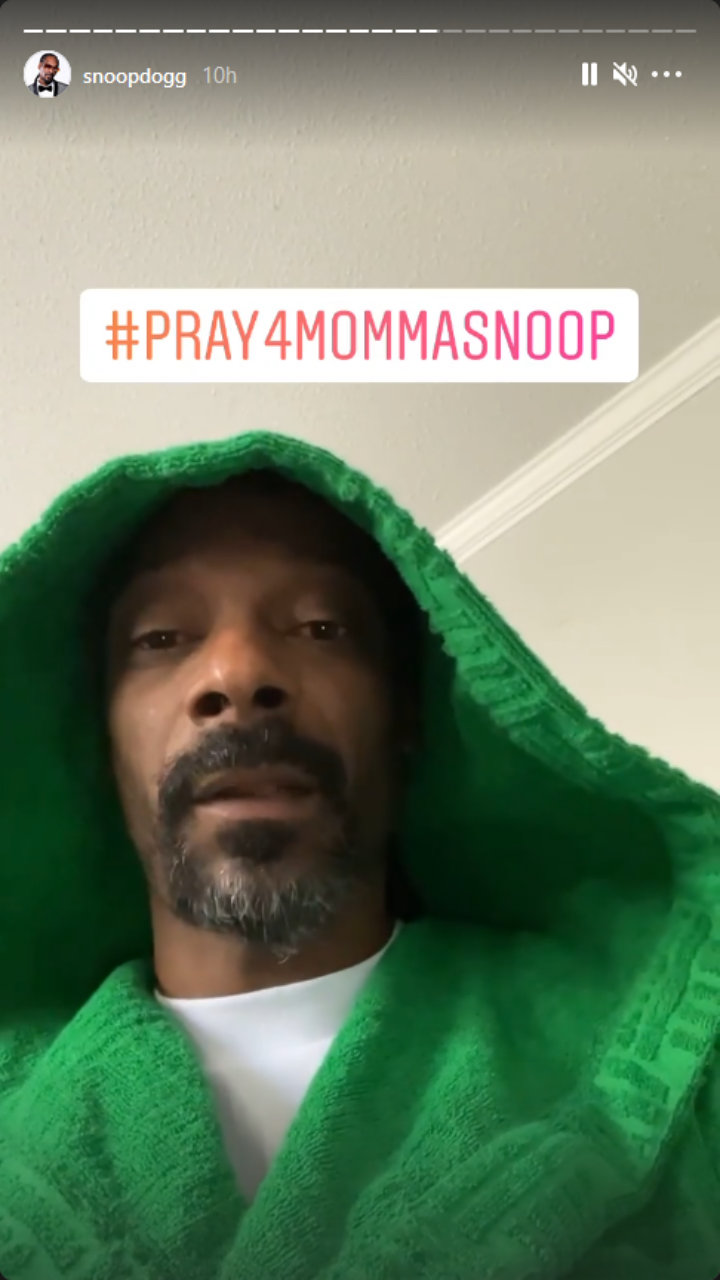 Snoop Dogg asked for prayers for his mother Beverly Tate.

Snoop, however, has not revealed what issue his mother is dealing with.