The Digital Underground star, who was also known by his alter ego Humpty Hump following the success of 'The Humpty Dance', has been found dead in his hotel room in Tampa, Florida.

The Digital Underground star, who was also known by his alter ego Humpty Hump following the success of the group's song "The Humpty Dance", was found dead in his hotel room in Tampa, Florida, aged 57.

His passing sparked an outpouring of grief from his hip-hop peers, with Ice Cube posting on Twitter, "RIP Shock-G/Humpty Hump. I remember when NWA's road manager Atron said he had a group called Digital Underground. He played DOWHATCHALIKE video & I went crazy. I had to sample DU on JACKIN FOR BEATS and WHO'S THE MACK. And nobody had a better stage show. A true Bay Area original [sic]."

"Man.... Shock G what a tough loss at such a precarious time," tweeted Chuck D. "Brilliant beyond ...such a beautiful free mind Brother. #RestinBeats my man... [sic]."

Meanwhile, Run the Jewels star El-P shared, "thank you SHOCK G. coolest, most down to earth icon/hero of mine i've ever had the pleasure to meet. a kind and pure musical genius [sic]," and P-Funk bassist Bootsy Collins wrote, "Oh No, Not Shock G [and his alter ego Humpty Hump]. He helped keep P Funk Alive! He is responsible for Digital Underground's 'The Humpty Dance', 2Pac's breakthrough single 'I Get Around', and co-producer of 2Pac's debut album 2Pacalypse Now. Prayers to family & friends. Dang [sic]." 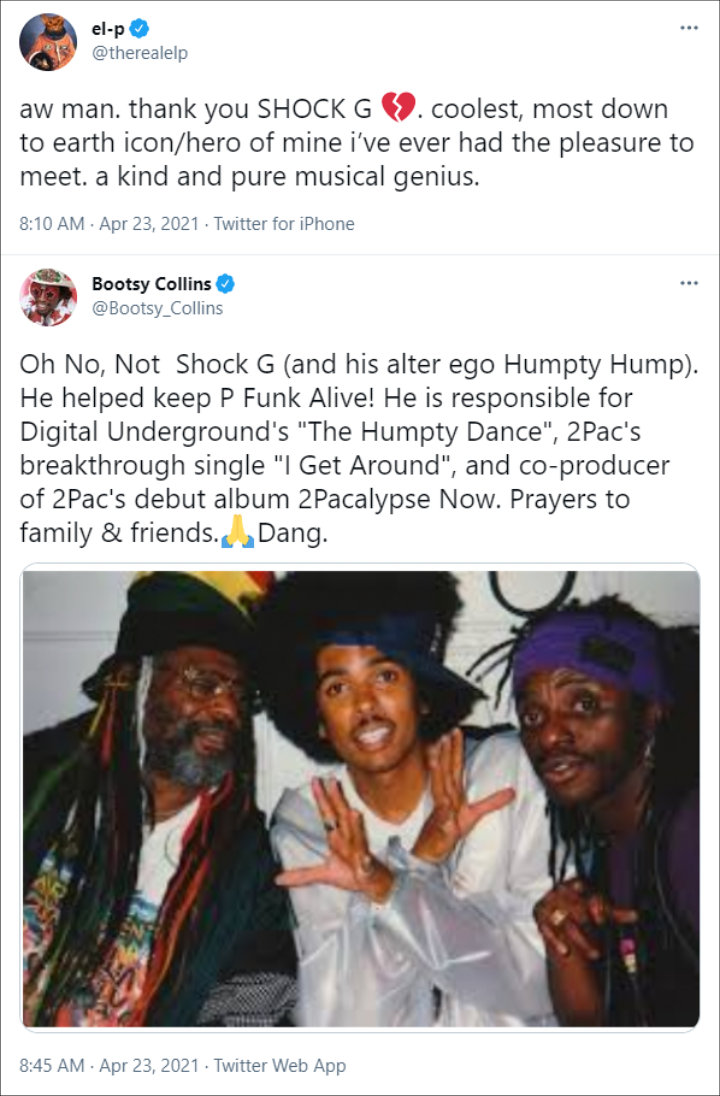 "Oh man, Shock G was beautiful," added rocker Flea, as musician Sheila E. tweeted, "Shock G gone to soon... you did so much for the bay once u created Digital Underground. We honor u and we will miss u... praying for ur love ones [sic]." 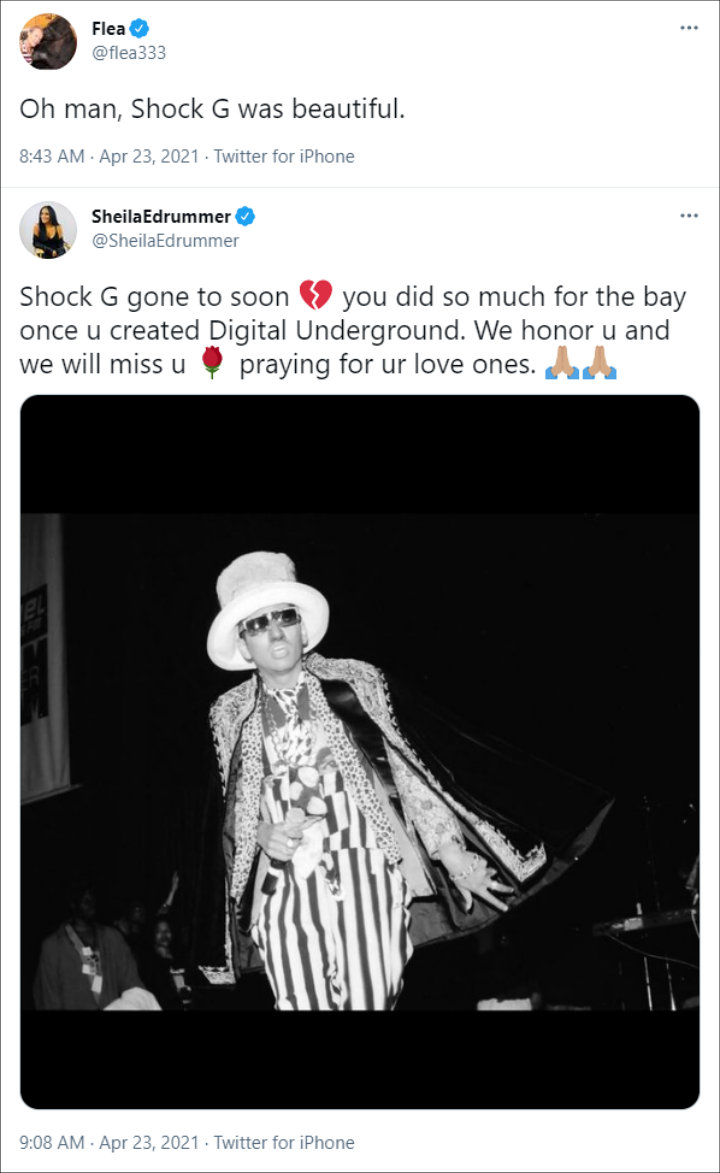