The Bulgarian actress who makes her big break playing Tutar Sagdiyev in 'Borat Subsequent Moviefilm' is vying for the Best Supporting Actress honor at the 93rd annual Academy Awards.

AceShowbiz - "Borat" sequel star Maria Bakalova will celebrate a potential Oscar win with a new puppy. The Bulgarian actress is a favorite to pick up the Best Supporting Actress honor at the Academy Awards later this month (March 2021), and if she triumphs, she plans to celebrate with a new pet.

"Hopefully I'm going to be able to celebrate with [co-star] Sacha Baron Cohen, because I miss him...," she tells "Good Morning America". "I hope I'm going to see him at the Oscars and maybe the very next day I'm gonna get a puppy, because I love dogs."

But first, Maria has to get to her seat at the ceremony, adding, "I hope I'm not gonna fall on the red carpet... My stylist loves high heels, so we'll see what will happen."

The actress is very excited about attending her first Oscars after watching the prizegiving in the middle of the night over the past decade, "I have been watching it on my small TV at home in Bulgaria and it's been around 2.30, 3.30, 4.30am usually, Bulgarian time, in the past six/seven years [sic], and now that I know I might be part of it in person and see all these talented people... my mind is going to explode."

Maria portrayed Tutar Sagdiyev in "Borat Subsequent Moviefilm". In previous interview about her Oscars nomination, the 24-year-old said, "I'm really honored people recognize comedy and all the hard work and heart we invested in the movie. Behind all of the jokes, there are important messages that Sacha and all the creators of the movie put there."

"It is a comedy, but it takes a lot of discipline. A lot of people think when you are doing funny scenes, you are probably having the best time of your life because it's fun. But it's about the timing," she continued telling Variety. "With our movie, we literally never had a second take. It was now or never. You're either going to go with the flow or we won't have it again."

'Masked Singer' Recap: The Orca Is Unmasked - Find Out His Real Identity 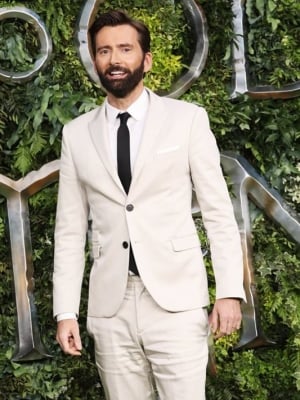