Hilaria Baldwin Spills Secret to Getting Rid of Hecklers

When sharing her experience of dealing with men who say 'inappropriate things,' the wife of Alec Baldwin gives her fans permission to use the same trick she has to 'get out of an awkward situation.'

AceShowbiz - Hilaria Baldwin has found her own trick to get rid of hecklers. Revealing that she was approached by men who said "inappropriate things" on the street, the wife of Alec Baldwin managed to make them run away, and spilled her secret on social media.

On Wednesday, March 24, the 37-year-old mom first shared on Instagram Story a picture of her and her two puppies. A few hours later, she posted a note that read, "Walked my dogs, per usual had a few men approach me saying the typical inappropriate things... Now all I have to do is say: I have 6 children. And they practically go running away." 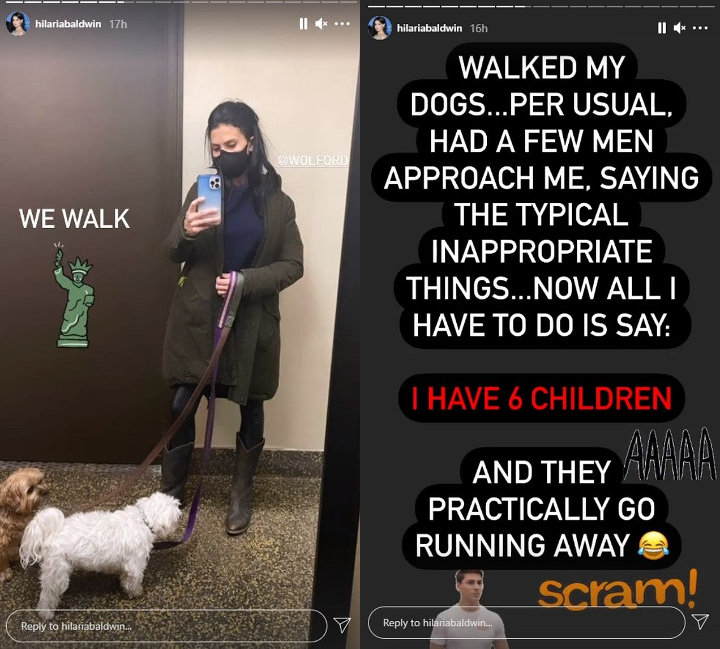 Hilaria Baldwin spilled a secret to getting rid of hecklers.

"If you ever need to get out of an awkward situation, I'll lend you the rights to pretend claim my children as yours (from afar)," the fitness expert told her followers in another snap. "And it works like a charm." 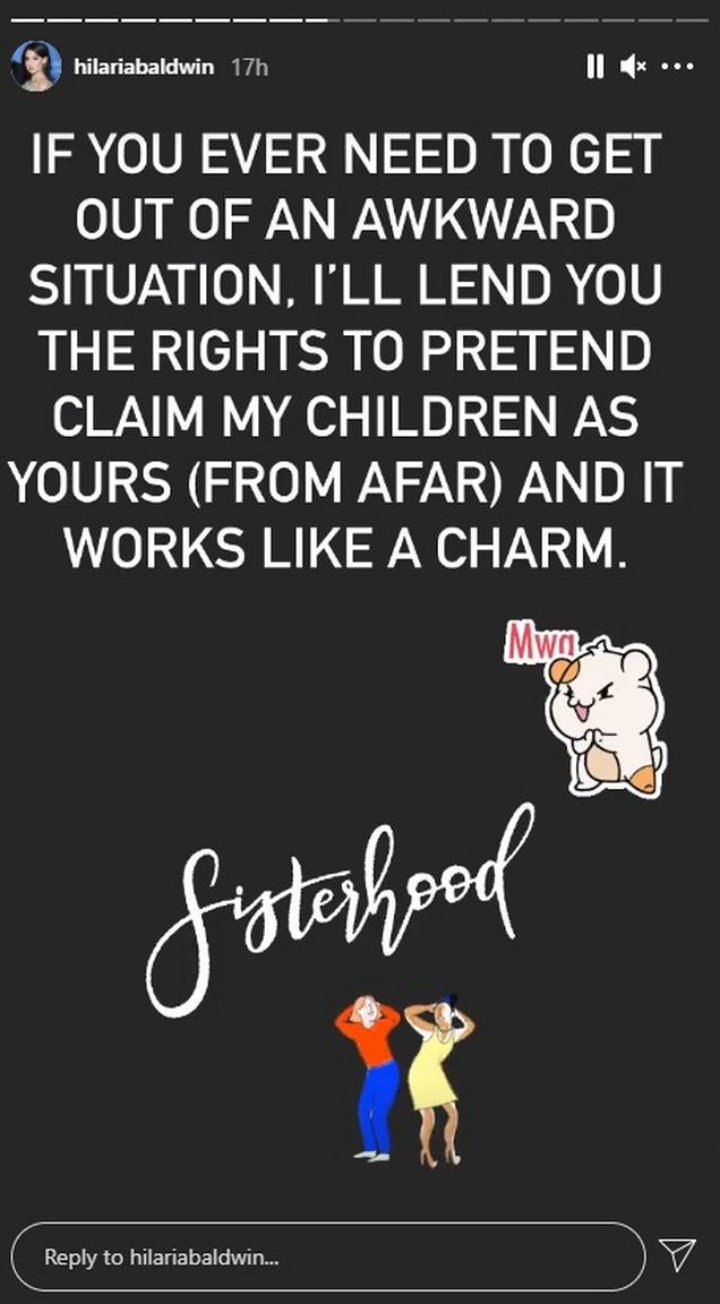 Hilaria Baldwin gave her fans permission to use the same trick if they are at the same situation.

The post came nearly a month after Hilaria announced on Instagram that she and Alec have welcomed their sixth child together. A few days afterwards, she confirmed that she and the "30 Rock" alum turned to surrogacy for their newborn daughter, Lucia.

"Many of you may remember the loss of their sister at 4 months in the end of 2019. There isn't a day that goes by where we don't ache for our daughter," she wrote on Instagram alongside a photo of her fifth baby Edu and the new baby girl. "When I found out our baby had died, I told our children that their sister was going to come, just not at that time."

"Nothing will ever replace her, but two wonderful souls have come into our lives, and we are humbled to know them," she continued. "Our rainbow baby, Edu, is such a blessing - we are overwhelmed by how fortunate we are to have him. We are living each day, bonding, and grateful for all of the very special angels who helped bring Lucia into the world. Maria Lucia Victoria and Eduardo Pau Lucas: our babies who bring light into our lives - almost like twins, we love you so much."

Taylor Swift Debuts Unreleased-Song 'You All Over Me' Ft. Maren Morris in Full