In a new sneak peek at the final season of her hit family reality show, the momager sits down with Kyle Richards and Faye Resnick, and confides in them how she really feels about saying goodbye.

AceShowbiz - Kris Jenner could not help but get emotional over the approaching end of "Keeping Up with the Kardashians". In a new sneak peek at the 20th and final season of her hit family reality show, the momager spilled to two of her close friends the hardest part of saying goodbye to the longtime series.

"Telling the crew was the hardest thing I've ever done in my whole life," the 65-year-old reality star revealed during a sit-down with her close friends, Kyle Richards and Faye Resnick. She added, "We love each other so much. You don't appreciate what's right in front of you all the time."

The mother of Kim Kardashian, who was in tears, went on to tell her filming crew, "I appreciate all you guys, just for the record." In response to her statement, the people behind the camera gushed back, "We love you!"

During the chat, Kris admitted that "It's hard" to bid farewell to "KUWTK". Asked why she and her family decided to pull the plug on the show, she divulged, "It is complicated. It's all these different personalities and people and kids and grandkids and everybody thinking, 'What's the right thing for everybody?' and 'When's the right moment?' It's been incredibly challenging, incredibly hard."

"And everybody in this room is my family," the ex-wife of Caitlyn Jenner continued. "They're day one, season one. Every single thing we've done, we've done together. Whether it's a vacation, a birth, a marriage, a divorce, everything has been so public. It's part of our life. This is our life."

Despite finding it difficult, Kris believed that she and her family had made a right decision. "It's about everybody deciding at the same time that maybe this is the moment where you take a minute and stop 'Keeping Up with the Kardashians', but it's been the most amazing chapter of my life," she explained.

Kris' second daughter, Kim, announced "KUWTK" will come to an end with season 20 via Instagram back in September 2020. "It is with heavy hearts that we've made the difficult decision as a family to say goodbye to 'Keeping Up With the Kardashians'," she pointed out at that time.

"After what will be 14 years, 20 seasons, hundreds of episodes and numerous spin-off shows, we are beyond grateful to all of you who've watched us for all of these years - through the good times, the bad times, the happiness, the tears, and the many relationships and children," she added. "We'll forever cherish the wonderful memories and countless people we've met along the way."

5 Seconds of Summer Cut Ties With Management and U.S. Label 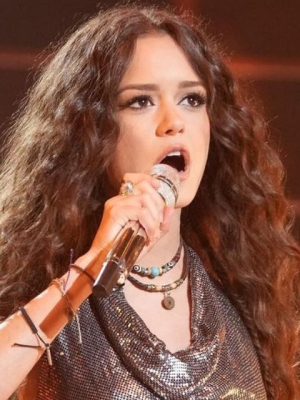