The Take That frontman is uncovered to have encouraged the 'Mysterious Girl' hitmaker to get back in the studio after the two of them did one of the former's virtual 'Crooner Sessions' gigs.

The "Mysterious Girl" hitmaker joined the Take That frontman during his online "Crooner Sessions" virtual gigs last year (2020), and Barlow not only encouraged his pal to start working on new material, but also suggested they collaborate in the studio.

Writing in his new! magazine column, the "All Night All Right" singer revealed, "I did a Q&A [question and answer session] on my YouTube channel and was asked what made me decide to get back in the studio and actually stick to it."

"Randomly, I got the push from two people. One was [his son] Junior telling me to write something cool, current, and fresh."

"The other was Gary Barlow. Gary and I did one of his 'Crooner Sessions' last year in the first lockdown and afterwards I sent him songs I had written and he basically told me to get my bum back in the studio and release some music."

"So now I'm working on two projects - one album that I plan to release soon, and another separate project with Gary. Watch this space!"

And Peter's eldest son, 15-year-old Junior, whose mother is the star's ex-wife and former glamour model Katie Price, has also been joining his dad at work.

He added, "Things are coming together in the studio and I'm working hard to get the album I want."

"Junior has been in with me at weekends and he's really enjoying the experience."

Gary Barlow Would Love to Replace Chris Martin in Coldplay 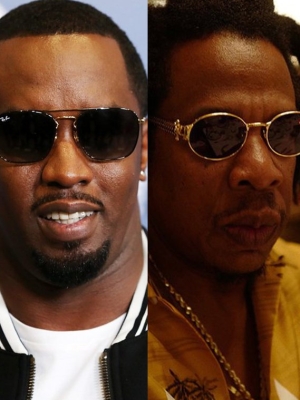