After the 'Southern Charm' star clarified that she had only spoken to Alex Rodriguez on the phone, 'The Hills' alum's BFF Justin Anderson comes out with a clip of them working out to 'Let's Get Loud'.

AceShowbiz - Kristin Cavallari appeared to have thrown shade at Madison LeCroy amid Alex Rodriguez affair rumors. Shortly after the "Southern Charm" star admitted that she only spoke to the ex-MLB player over the phone, "The Hills" alum seemed to take a low-key dig at the latter by working out to Jennifer Lopez's song.

Sharing the 34-year-old's exercise video on Instagram was her BFF Justin Anderson on Thursday, February 4. The footage saw the two of them working out to Jennifer's "Let's Get Loud". He captioned it, "a little thursday motivation for you lovies, life is all about the hard work and the HUSTLE! don't rely on luck to bring you what you want out of life. xoxoJA," prompting the reality star to comment, "Yesssss lovie."

The apparent shading came after Madison claimed that she and Alex communicated virtually, but have never met in person. "[We've] never been physical… never had any kind of anything. Just an acquaintance," she told Page Six. "He's never physically cheated on his fiancee with me... [I] talked to him randomly, but not consistent."

Madison's co-star Danni Baird had also stated that the TV personality and Alex had been FaceTiming. Speaking on the "Reality Life With Kate Casey" podcast, Danni spilled, "Months before [the show's reunion special], I had heard … [Madison] had told me they were FaceTiming or something... I never asked more about it, or anything like that. I just didn't tie in that he was a Major League Baseball player."

Multiple sources close to the former professional baseball shortstop have also denied his involvement with Madison. One told the Daily Mail that "[he] has never met or spoken to [her] or anyone from the show." Another disclosed to the New York Post, "He doesn't know this woman... Look, does this mean he didn't DM her and liked a photo or two? I guess not, but he doesn't know her - and he definitely didn't hook up with her."

Before she got linked romantically to Alex, Madison found herself being entangled in a drama with Kristin and her estranged husband Jay Cutler. On January 24, she released on Instagram Story some screenshots of the text messages Jay allegedly sent her as well as a photo of them while hanging out together.

Madison came out with the private chats after Jay sparked reconciliation rumors with Kristin as the exes shared a photo of them together on their respective Instagram accounts. Kristin herself was previously linked to Madison's ex, Austen Kroll, after they were spotted enjoying a dinner and dancing together in December. However, she and Austen shut down the speculations.

Tristan Thompson's All Down to Khloe Kardashian's Baby No. 2 Plan 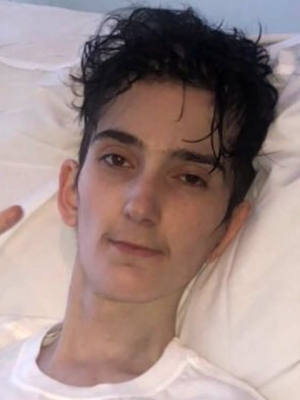