Having stepped away from music due to Parkinson's disease, the 'Sweet Caroline' hitmaker performs a number of his greatest hits at the Keep Memory Alive Power of Love gala in Las Vegas.

AceShowbiz - Neil Diamond thrilled fans when he hit the stage at a Las Vegas benefit gala on Saturday, March 07 - more than two years after retiring due to Parkinson's disease.

The "Sweet Caroline" hitmaker stepped away from music back in 2017 after being diagnosed with the condition, which has symptoms including decreased mobility and difficulty speaking.

However, the celebrated musician performed seven of his greatest hits as he took the stage at the 24th annual Keep Memory Alive Power of Love gala at the MGM Grand Garden Arena in Las Vegas, with fans treating the star to a standing ovation as he walked out on to the stage donning one of his trademark glittery jackets.

Jimmy Kimmel introduced the star, informing him that the city of Las Vegas had crowned March 7 as Neil Diamond Day. The singer responded, "Who gives a s**t," as audience members including "Cheers" star Kelsey Grammer and Derek Hough burst out laughing.

Neil, 79, began his set with the words, "Hello again," from his hit tune of the same name, before performing "Cracklin' Rose", "Love on the Rocks", "Forever in Blue Jeans", "September Morning" and "I Am I Said". He ended the show with his anthem "Sweet Caroline".

After taking a bow and waving at the audience, he added, "God bless us; each and everyone one of us."

Chris Isaak, Billy Ray Cyrus and Toni Braxton were among the stars who honored Neil during the show, delivering renditions of some of his biggest hits. 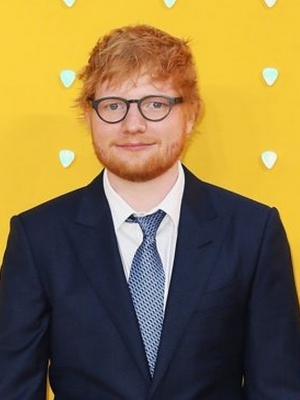 Dave Bows at No. 1 in U.K. With New Album 'We're All Alone in This Together'