This arrives just a few days after the former boxer helped the 'Keeping Up with the Kardashians' star celebrate her son's fifth birthday with a trip to Disneyland.

AceShowbiz - Younes Bendjima just added fuel to rumors that he and Kourtney Kardashian are giving their failed relationship another chance. Not only he helped the mother of three celebrate her youngest son Reign Disick's fifth birthday, but he also gave the little boy a very stylish present in celebration of his major milestone.

He took to Instagram Stories to share a photo of Reign excitedly opening a pair of tennis shoes while sitting on the floor. In the caption of the Wednesday, December 18 post, the model wrote, "HAPPY BIRTHDAY LIL PRINCE." 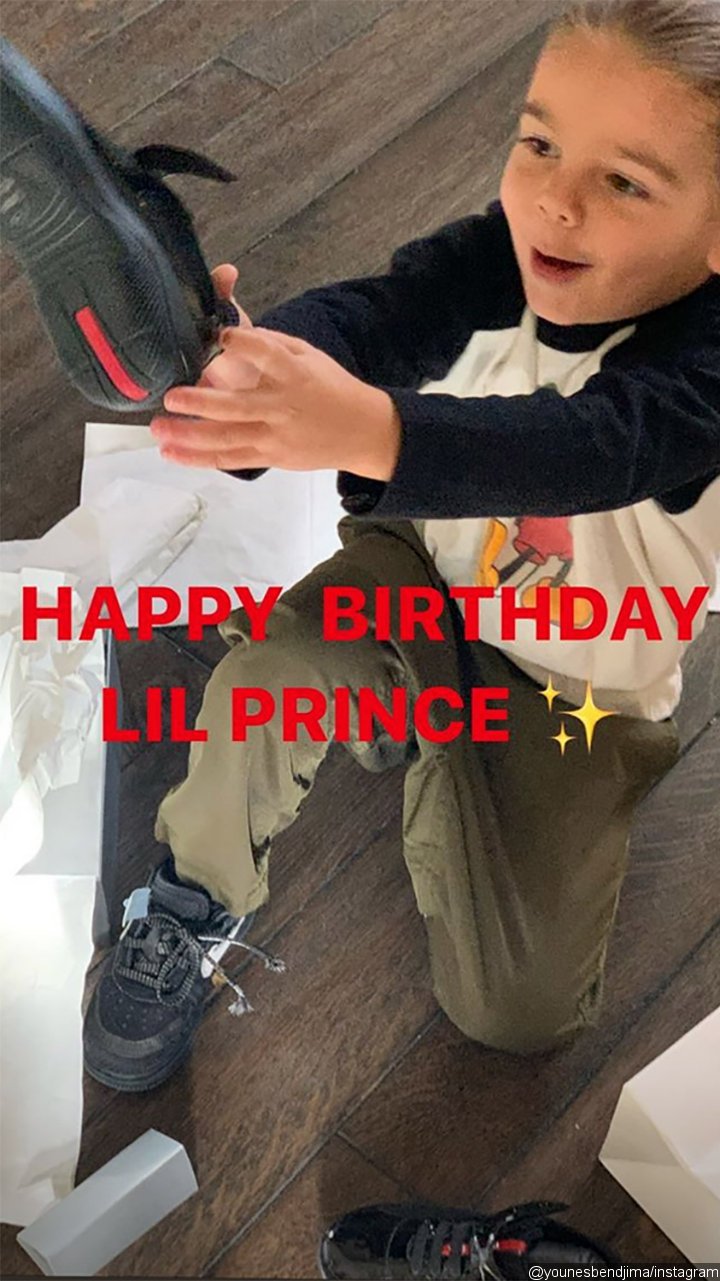 Earlier this week, Younes and Kourtney went to Disneyland together to celebrate Reign's birthday that falls on December 14. The former boxer documented the fun-filled outing on Instagram Stories, sharing a series of posts at Star Wars: Galaxy's Edges and in front of a Christmas tree. Kourtney wasn't seen in any of his posts, but several onlookers claimed to witness them at the Happiest Place on Earth. Some also alleged that the two were seen kissing.

Kourtney and Younes started dating after first meeting at a bar during Paris Fashion Week in 2016, but they broke up later in summer last year. Earlier this month, they sparked reconciliation rumors after they were spotted looking cozy at LIV nightclub in Miami Beach. E! News additionally reported that the exes have been "low-key hanging out together at Kourtney's house," but are apparently not back together despite his wish to rekindle their romance.

"He would love to get back together with her and has expressed how much he misses her," a source said to the news outlet. "Kourtney likes being around him and they have a lot of fun together. Younes is good with the kids and things are easygoing with him. Kourtney isn't ready to be tied down, but does have feelings for Younes. They are seeing how it goes for now."