The 29-year-old 'Let You Love Me' singer and the model/up-and-coming actor were spotted holding hands when leaving a British Fashion Awards after-party on Monday night.

AceShowbiz - Rita Ora's alleged new boyfriend will surely raise some eyebrows. The British singer/actress has sparked dating rumors with Jude Law and his ex-wife Sadie Frost's son Rafferty Law, who is 6 years her junior and her co-star in upcoming movie "Twist".

On Monday, December 2, the two were seen holding hands as they were leaving a British Fashion Awards after-party at Harry's Bar in Mayfair, London. They were reportedly also taking cigarette breaks together, before heading off to another after-party at Laylow together.

Rita rocked a black bustier underneath her white jacket and pants while carrying a black purse. She outlined her eyes with electric blue make-up for a more distinctive look. Rafferty, meanwhile, opted for a black turtleneck shirt with matching pants, teamed with white shoes. 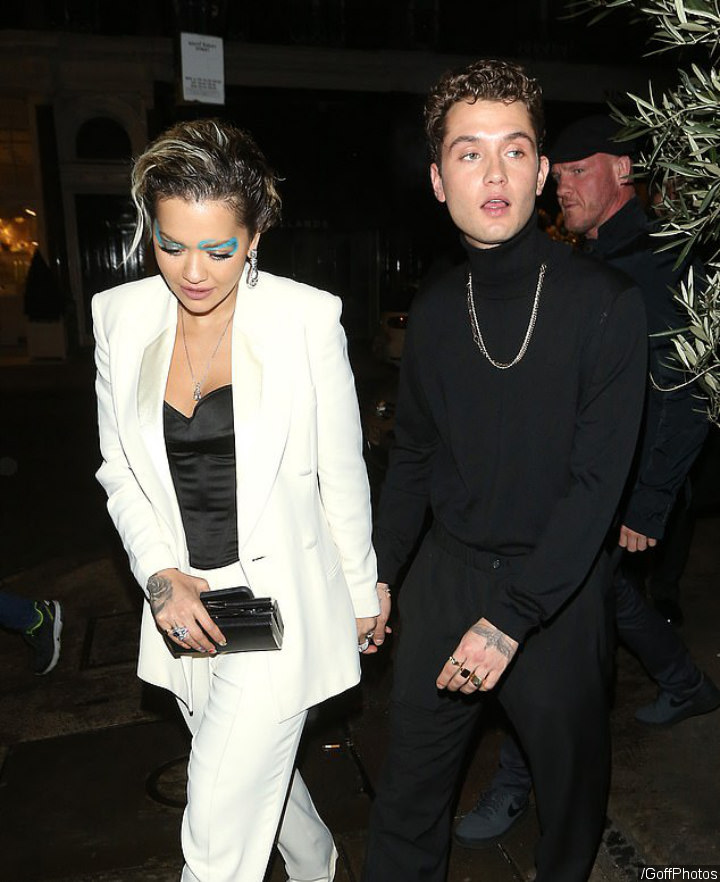 Rita and Rafferty, a model/up-and-coming actor, have worked together on the set of "Twist", where they likely grew close to each other. The movie is described as a modern take on Charles Dickens' classic novel "Oliver Twist" and follows a gifted graffiti artist who is lured into a street gang headed by a father figure, Fagin, who plans a series of audacious art thefts.

The alleged pair reportedly have been dating for a couple of weeks and are so serious they are happy to go public with their romance. A source tells The Sun, "It has been simmering for some time after they started working together."

"People made a few comments about the chemistry straight away and the gossip started from there, but it was only after a while that the attraction really grew into something meaningful between them," the source adds. "Now it's a proper relationship so they decided they were ready to go out as a couple for the first time, they couldn't help holding hands as they left, it's still early days but they're pretty loved-up right now."

Rita has previously been romantically linked to a string of male celebrities, including DJ Calvin Harris, Andrew Garfield and Rob Kardashian.

Lil Mo Opens Up About Past Opioids Addiction and Abusive Relationship

Rita Ora Gets Octopus for Christmas and She Loves It

Rita Ora Calls It Quits With Andrew Watt Yet Again