The Lifetime movie itself will chronicles the story of wealthy parents who tried to cut through red tape and academic restrictions so that their kids land spots in elite colleges.

AceShowbiz - Penelope Ann Miller and Mia Kirshner are to headline a new TV movie about the U.S. college admissions scandal.

The actresses will lead the cast of "The College Admissions Scandal", which chronicles the story of wealthy parents, including stars Felicity Huffman and Lori Loughlin, who tried to cheat the system and land their kids spots in elite colleges. 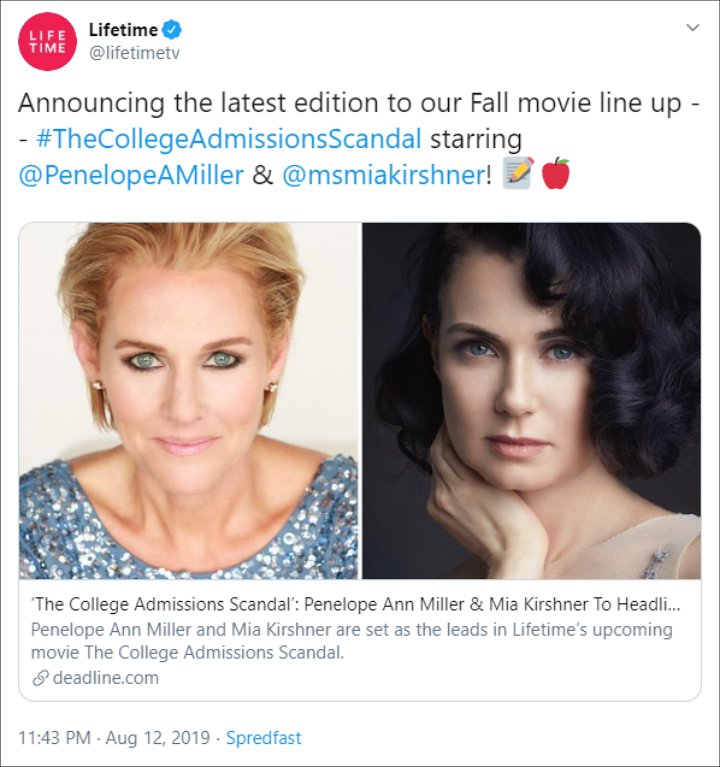 Penelope Ann Miller and Mia Kirshner are the latest stars added to the cast of upcoming movie.

"The College Admissions Scandal" will debut on Lifetime this autumn.

The project is one of many about the criminal conspiracy currently underway - "Moneyball" producer Rachael Horovitz has teamed up with Vanity Fair contributing editor Evgenia Peretz on a TV adaptation of her investigative piece of the scandal, while Melissa Korn and Jen Levitz's upcoming tome about the scandal has been picked up for a new limited series, according to Deadline.