Kylie Jenner Dragged for Sharing Nude Pictures: 'This Body Is Bought and Paid'

One picture, which is taken during her trip to Turks and Caicos Islands, sees the makeup mogul sitting on the edge of a pool as she wears nothing but an oversized sunhat.

AceShowbiz - Kylie Jenner can't even enjoy her summer vacation in peace. The makeup mogul recently shared with her Instagram followers a couple of nude pictures, but they didn't seem to be pleased with the photos in the slightest bit and proceeded to call her out.

The first picture was shared just before Kylie and her friends embarked on a vacation. It showed her flaunting her body in a see-through chain body suit that accented her curves and left little to the imagination. She covered her breasts with her hand and crossed her legs in order to prevent her lady parts from being showed to the world. 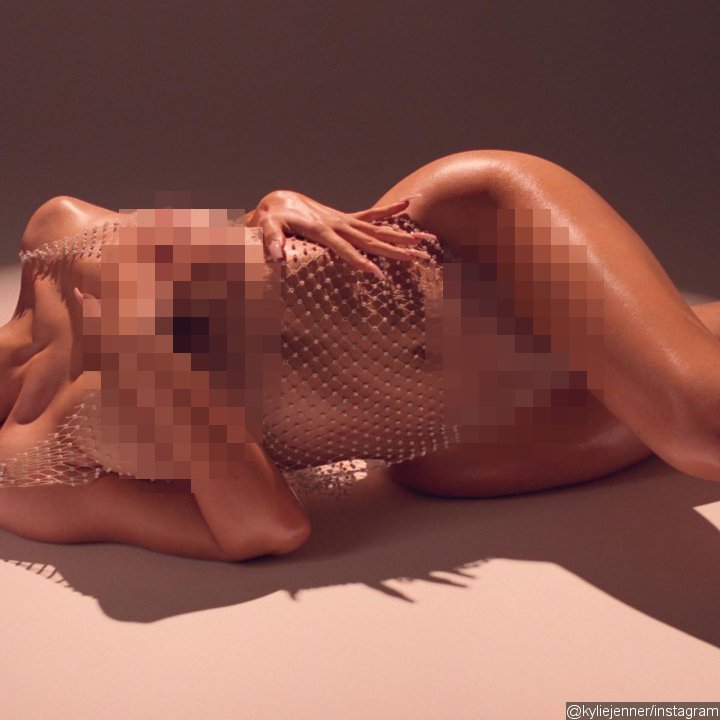 Kylie Jenner left little to the imagination in a new Instagram photo.

"Summer body," so the "Keeping Up with the Kardashians" star wrote in the caption, and her followers clearly disagreed with it. "You mean doctors made body," one made fun of her, while another assured other ladies not to go to gym to get a body like Kylie's because hers "is bought and paid." One other said, "This don't even look natural, at all in any way shape or form."

Meanwhile, the second picture was taken during her vacation in Turks and Caicos Islands. Kylie was seen in the picture sitting on the edge of a pool as she wore nothing but an oversized sunhat that covered her entire face. Again, people weren't impressed by the sizzling photo at all and called her out. Some even mom-shamed the mother of one for posting nude pictures when she already has a daughter. 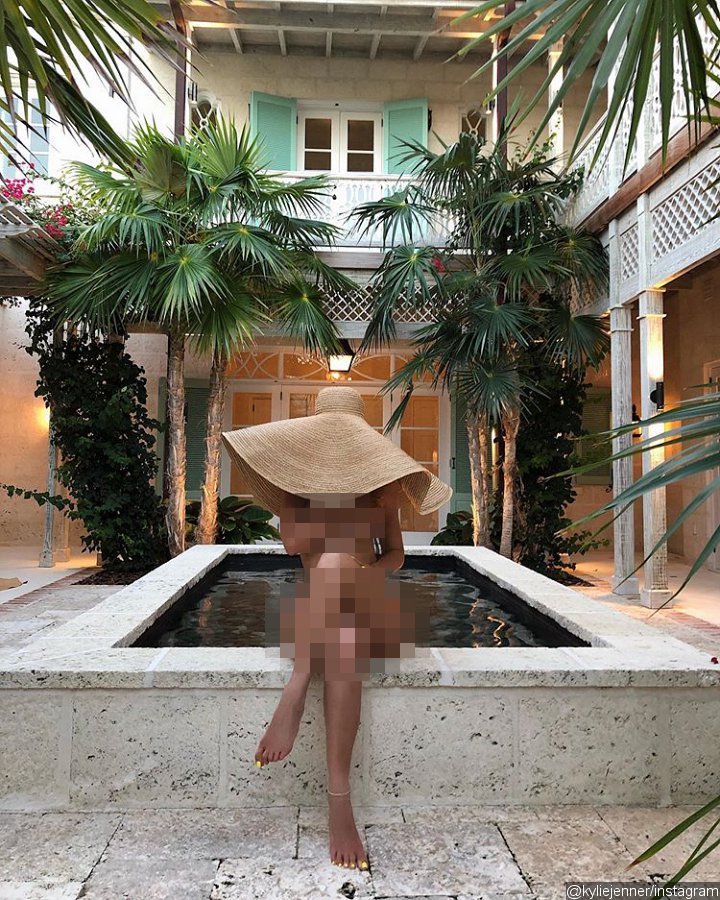 Kylie Jenner shared a nude picture when she was on vacation.

"What an example to her daughter," one fan lectured her. "I love you Kylie but this is not right by the way it's your life. Leave it well." Someone else commented, "Aren't you a mom now why aren't you ever taking care of a child you got knocked up with wtf." There was also one who said, "U can see the implant shes holding," as one other wrote, "If you actually have kids you know for a fact she got worked done."

Despite all the criticism, it looks like Kylie is too busy enjoying her vacation to even read the negative comments. She has been sharing on her page pictures from her trip with the likes of Sofia Richie, Yris Palmer and Stassi Karanikolaou to celebrate the launch of her Kylie Skin collection. Some photos showed the crew wearing pink-and-white tye-dye outfits as they took a private jet bearing the Kylie Skin logo on their trip, while another photo featured them having fun at the pool.

"Hakuna matata," Kylie wrote underneath a picture that saw her daughter Stormi playing with Stassi.

Kylie Jenner and Tyga Spotted Having Dinner in Los Angeles