Having had her own share of clash with label boss Clive David, the 'Since U Been Gone' hitmaker encourages the 'ME!' singer to get under the skin of her new back catalog owner.

AceShowbiz - Kelly Clarkson has urged Taylor Swift to re-record her old hits and get under the skin of her new back catalogue owner, Scooter Braun.

Swift made it clear she was not happy with the news Justin Bieber and Ariana Grande's manager had snapped up her former record label, Big Machine, and with it her master recordings, calling Braun a "bully" and his deal her "worst case scenario."

But now "Since U Been Gone" singer, who had her own clash with label boss Clive David many years ago, has come up with a solution, suggesting Taylor should just re-record her most famous tracks. 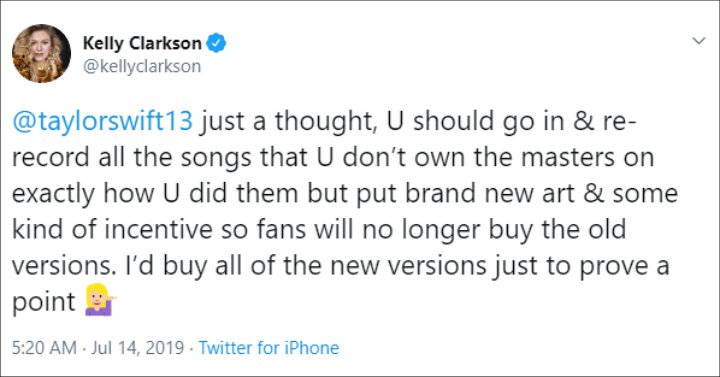 "@taylorswift13 just a thought, U should go in & re-record all the songs that U don't own the masters on exactly how U did them but put brand new art & some kind of incentive so fans will no longer buy the old versions," Kelly tweeted on Saturday, July 13. "I'd buy all of the new versions just to prove a point."

Kelly Clarkson Gets This Assurance From First Lady Dr. Jill Biden Over Healing From Divorce 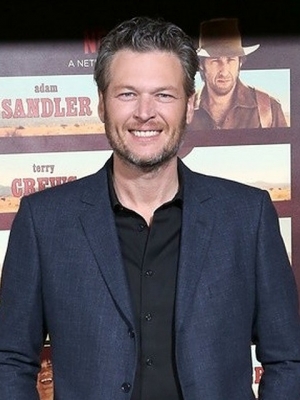