Another worth-to-note bit from a photo from the taping is the Barbadian pop star sporting her new red braids during her appearance in the upcoming episode of the late night talk show.

AceShowbiz - Rihanna and Seth Meyers seemingly will be having a lot of fun in the upcoming episode of "Late Night with Seth Meyers". The show recently took to Twitter to tease that the pop singer and the host would be raising a glass and getting drunk in the episode.

"Right now we are shooting @sethmeyers and @rihanna day drinking," Mike Shoemaker, the talk show's producer, wrote on Twitter alongside of a photo of the unlikely drinking buddies. "Yes RIHANNA." 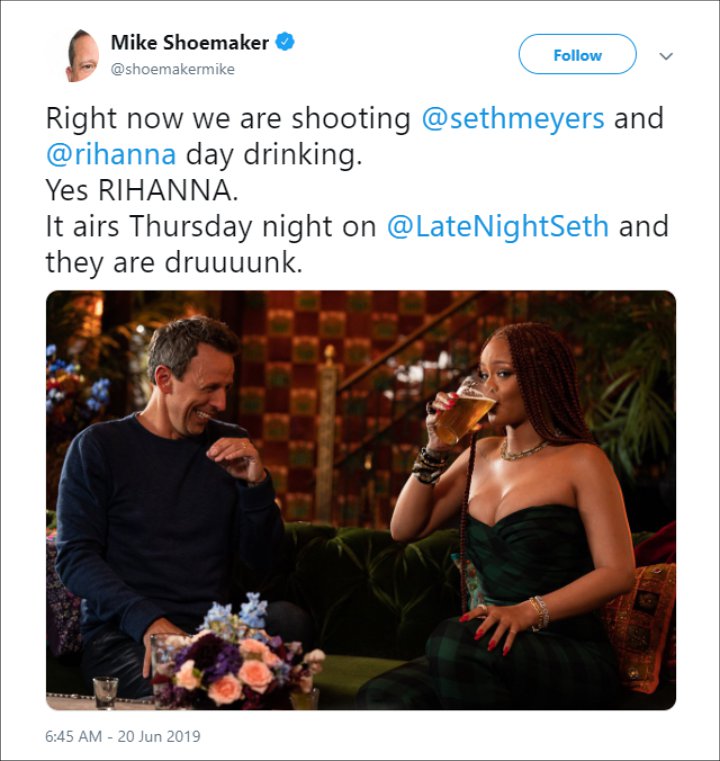 Rihanna during the taping for 'Late Night with Seth Meyers'.

Mike went on giving details of the episode. "It airs Thursday night on @LateNightSeth and they are druuuunk," he teased.

It is interesting to see the "Diamonds" hitmaker guesting on the show since Seth has been vocal about his crush on Rihanna throughout the years. "I'm fully in love with Rihanna. My wife is fine with it because she's also in love with Rihanna," he told Jimmy Fallon about the Barbadian beauty. "It's the thing we have in common."

Another worth-to-note bit from the photo was the singer sporting her new red braids. It was a bit different from the thicker braids she sported in Donald Glover's movie "Guava Island".

Fans of Rihanna might be familiar with the hair style since the ginger braids looked similar to the one she displayed early in her pathbreaking career.

She debuted her new braids on Tuesday night at the launch event of her new Fenty clothing line. The "Unapologetic" singer arrived fashionably late to the event though she didn't forget to flash her beautiful smile while entering the venue in a hot pink mini dress. It's said that Rihanna is committed to highlight diversity and body positivity as the new line has up to size 14. 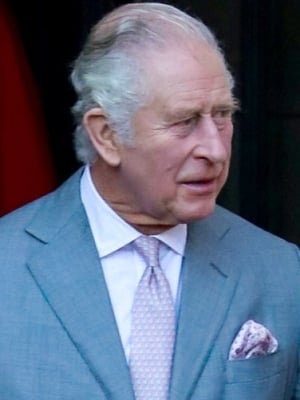