Kit Harington Looks Healthy in Connecticut After Checking Into Rehab

The 'Game of Thrones' star has been spotted for the first time since it was revealed that he entered a luxury wellness center for stress and alcohol use after filming the end of the hit HBO series.

AceShowbiz - Kit Harington has been spotted for the first time after it's reported that he checked into rehab for stress and alcohol use following the end of hit series "Game of Thrones". The 32-year-old actor was seen stepping out in Connecticut on Thursday, May 30.

In pictures obtained by Daily Mail, the British star walked across a public parking lot with an assistant to a boutique fitness center, which is owned by the exclusive Prive Swiss retreat. He was wearing grey track pants, a white T-shirt topped with an unbuttoned white shirt, grey sneakers and a newsboy cap. He still maintained Jon Snow's beard, but overall he seemed to be in good shape.

In another picture taken that day, Kit looked more stylish as he donned a black T-shirt, khaki pants, white sneakers and the same newsboy cap. He also had a large bag slung over his shoulder. 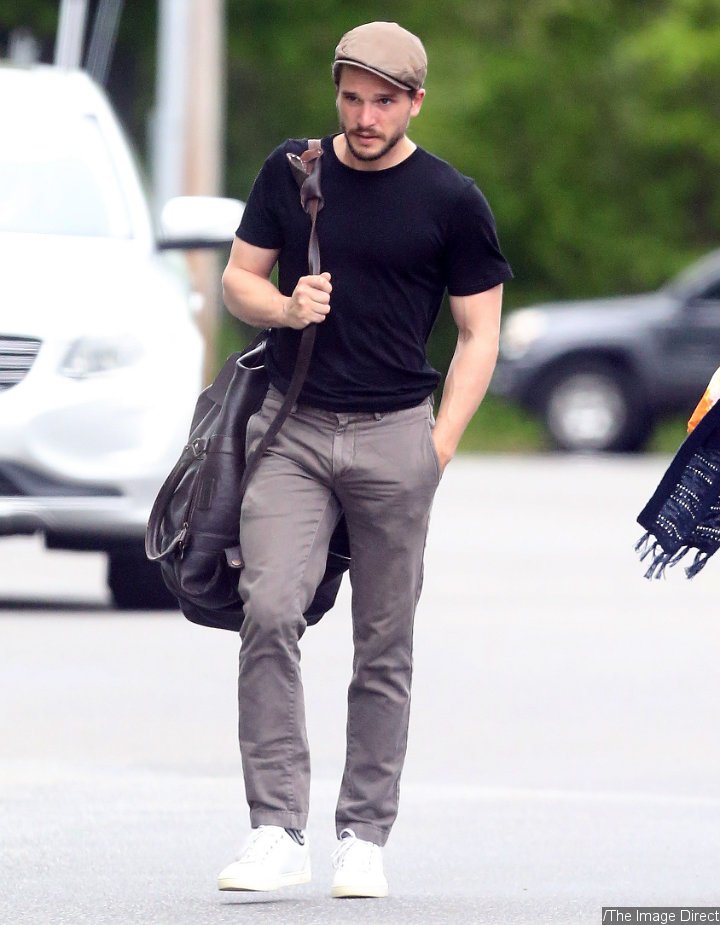 Kit Harington is spotted in Connecticut after checking into rehab.

Kit's publicist confirmed in a statement released on Tuesday, "Kit has decided to utilize this break in his schedule as an opportunity to spend some time at a wellness retreat to work on some personal issues."

He reportedly has been spending almost a month at the luxury health retreat Prive Swiss, receiving psychological coaching, meditation and behavioral therapy following the end of the hit HBO series. Sources told Page Six the show's ending has "really hit him hard."

"He realized this is it - this is the end; it was something they had all worked so hard on for so many years. He had a moment of, what next?" one source dished on the actor's issue. "He's in the clinic predominantly for stress and exhaustion... His wife Rose (Leslie) is being extremely supportive. Everyone close to him really wanted him to get some rest. Right now, he just needs peace and quiet."

The luxury retreat, which is often dubbed the "Rolls-Royce of psychiatric treatment centers," costs up to $120,000 for a 30-day stay and offers a private chef, a fitness studio and massages.

Kit Harington Looks Healthy in Connecticut After Checking Into Rehab