Tension is brewing between Mr. Porter and Bryce Walker possibly over a tape that includes Bryce's rape confession, while Jessica Davis takes the stand in a trial.

AceShowbiz - Two weeks before "13 Reasons Why" returns for a new season, Netflix offers a glimpse of what is going to happen in the second chapter by releasing some first look photos. Each scene captured in the images looks intense, as a trial begins.

Hannah's parents are apparently moving forward with the lawsuit they filed against the school. In one photo, Jessica Davis (Alisha Boe) takes the witness stand and holds up photos possibly of hers with the words "a drunk" and a "slut" written on them. In another image, Olivia Baker (Kate Walsh) is swarmed by reporters outside what looks like a court. 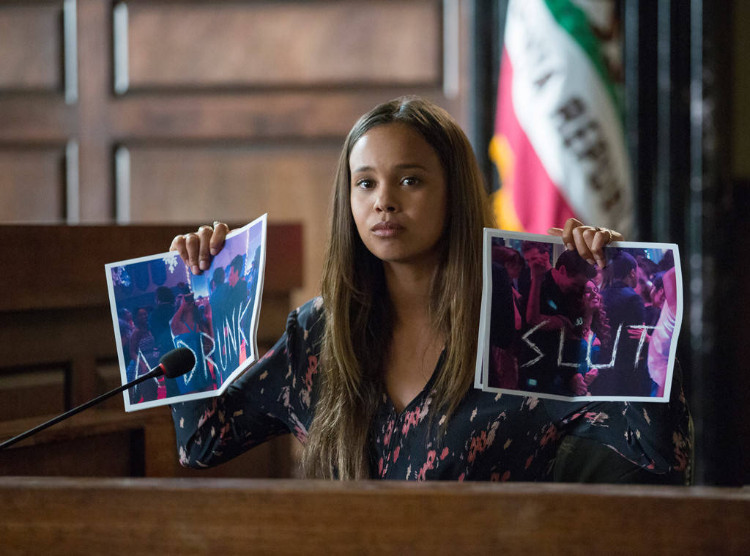 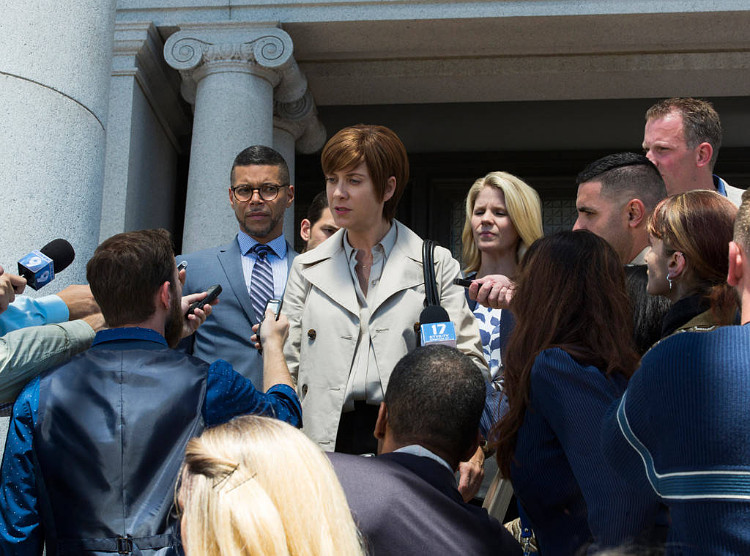 Another picture shows Mr. Porter (Derek Luke) pushing Bryce Walker (Justin Prentice) up against the wall. It seems that the scene has something to do with Bryce's rape confession that Mr. Porter got from Clay at the end of season 1. 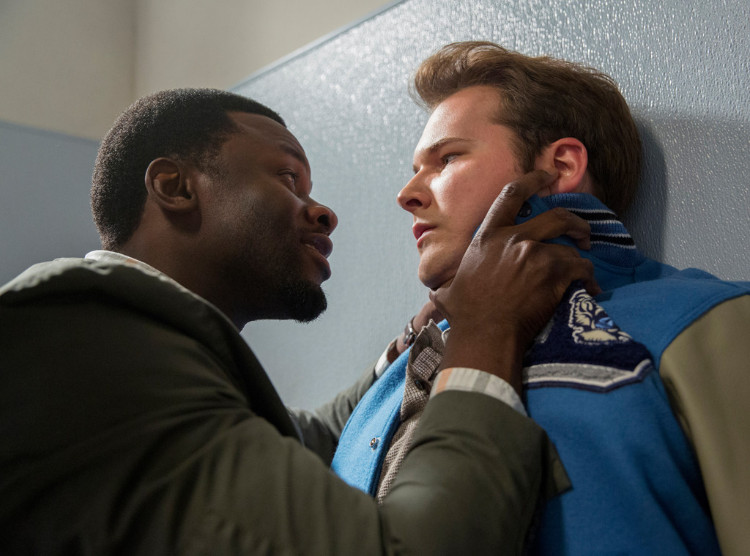 There's also a look at a heartbreaking scene in which Tony Padilla (Christian Navarro) is sobbing while being comforted by a new character, Caleb, played by RJ Brown. It appears to happen after Tony's beloved car has just been attacked as its rear window was smashed. 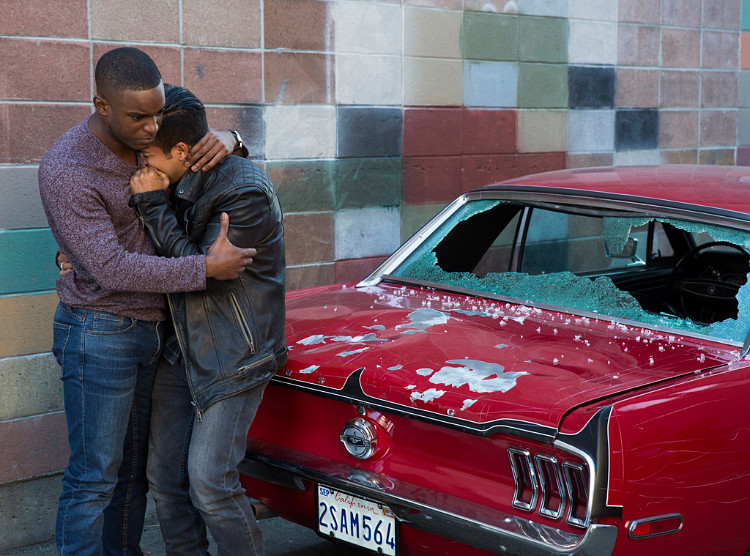 In another shot, Clay Jensen (Dylan Minnette) gives an inquisitive look at a girl whose face is unseen.

The second season will pick up in the aftermath of Hannah Baker's death and the start of the characters' complicated journeys toward healing and recovery. Liberty High prepares to go on trial, but someone will stop at nothing to keep the truth surrounding Hannah's death concealed. A series of ominous polaroids lead Clay and his classmates to uncover a sickening secret and a conspiracy to cover it up.

Showrunner Brian Yorkey previously said there would be "other people who might want to tell [Hannah's story] differently or who are players in that story who might have a different perspective on some of those events." He added, "Season 2 will see us look at a lot of the events that we think we know how they went down and maybe learn they're more complicated than we first thought, and that Hannah herself is even more complicated than we saw in Season 1."

The new season of the mystery teen drama series will premiere May 18 on Netflix. 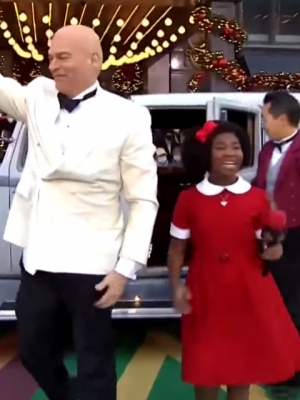