Did Kylie Jenner Get Lip Injections After Stormi's Birth? See the Evidence

The cosmetics mogul sparks lip injections rumors after she was spotted with a fuller pout while grabbing dinner with best pal Jordyn Woods.

AceShowbiz - Did Kylie Jenner have lip injections after giving birth to daughter Stormi? The 20-year-old cosmetic mogul sparks the rumor after she was spotted with a noticeably fuller pout while grabbing dinner with best pal Jordyn Woods on Wednesday night, March 14.

The two were snapped at the sushi bar inside Kiwami by Katsu-Ya in the Studio City, Los Angeles. Kylie opted for a casual look in a pair of blue jeans and a white, long sleeve sweatshirt with a black coat. She rocked her usual long, black locks. 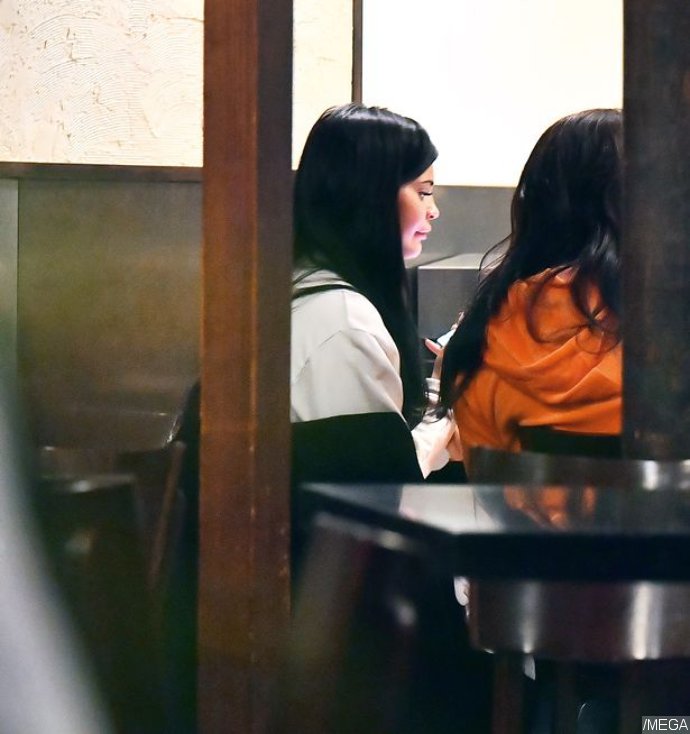 In fact, this wasn't the first time Kylie was spotted with fuller lips since welcoming her daughter. The "Life of Kylie" star's lips were looking fuller than usual when she posed with "The Real Housewives of Atlanta" star Kim Zolciak at sister Khloe Kardashian's pink baby shower.

Kylie welcomed her first daughter with boyfriend Travis Scott (II) last month, and she has since been very protective of the baby girl, according to PEOPLE. "Kylie is socializing with her friends as well and includes Stormi. Of course, she doesn't want her baby to get sick while she is little," a source tells the publication. "It just seems normal and she is definitely not hysterical about it. It is, after all, still the flu season."

The source also says that baby Stormi is getting along well with her cousin, Chicago, who is the third child of Kim Kardashian and Kanye West. "Kim and Kylie live very close to each other and spend a lot of time together. Kylie brings Stormi to Kim's house," the insider adds. "Stormi is around the other kids, including Chicago."

And soon, Khloe's unborn baby girl will no doubt be joining Stormi and Chicago. The Good American founder is currently eight months along in her first pregnancy with athlete boyfriend Tristan Thompson.