The young couple was spotted 'hanging out by the bar and whispering to each other' while attending the Dior Addict Lacquer Pump Launch party at Poppy in West Hollywood on Wednesday.

AceShowbiz - Relax, "Stranger Things" off-screen couple Charlie Heaton and Natalia Dyer are not breaking up! The young lovebirds, in fact, seem to be going strong with their romance as they looked loved up while making an appearance at the Dior Addict Lacquer Pump Launch party at Poppy in West Hollywood on Wednesday, March 14.

The two were snapped entering the venue while sporting big smiles, as if indirectly reassuring fans that things are going okay between them despite the reports. The pair looked so cute as ever together. 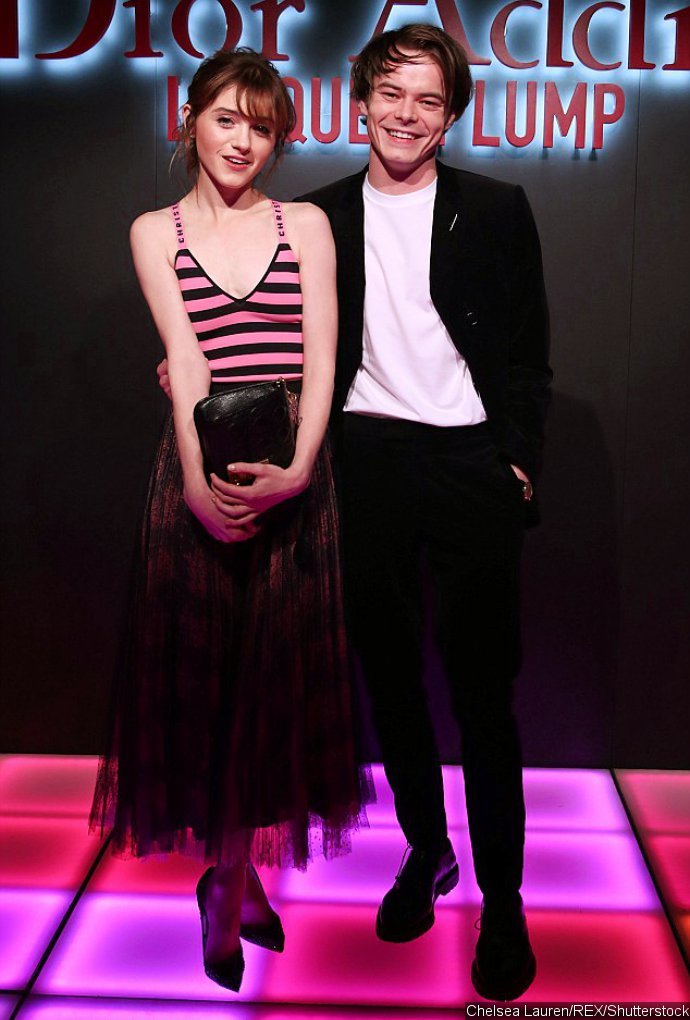 Natalia, who plays Nancy on the hit Netflix sci-fi series, stunned people in a pleated full-length skirt, which she teamed with a pink-and-black striped top and a black long coat. Meanwhile, her beau opted for a white tee, a black blazer and color-coordinated pants for the date night out. 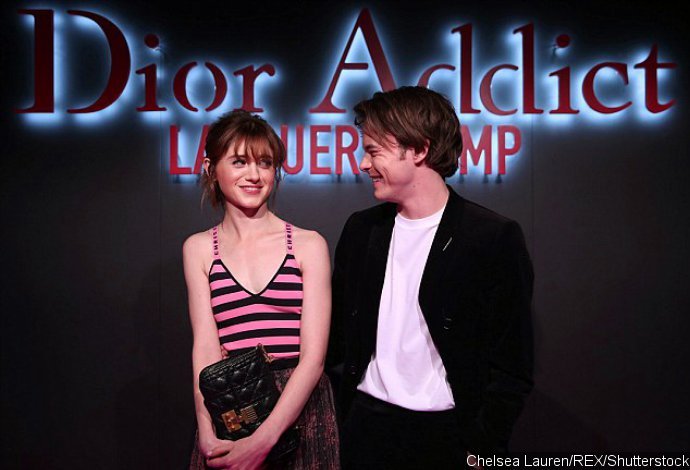 "They were hanging out by the bar and whispering to each other," an eyewitness said to Us Weekly. "Charlie was playing with Natalia's jacket and she danced a little while standing with him."

The party-goer also added that "they were talking about Pharrell [Pharrell Williams] and then they went through the crowd together and tried to find a table. As they walked, she led the way and they didn't hold hands."

The couple was said to be sitting together on a couch, where they playfully took photos of each other with their drinks. The two also packed on PDA while they were outside of the event. The source shared, "Charlie and Natalia were also outside in the smoking area and Natalia patted Charlie's back as they talked to a group of people."

A few days ago, Charlie and Natalia were rumored to be splitting after starting to date in October 2016. "Charlie broke it off with Natalia," said a source to HollywoodLife.com, "She's heartbroken. She doesn't know what went wrong." Fortunately, the rumors turned out to be wrong as the pair cuddled each other affectionately at the recent event.