The photo sees Grant's Thorpe standing beside his ex-lover Norman Scott, who is played by %cBen Whishaw% ("Cloud Atlas"). Whishaw's Scott is featured holding an adorable pup with both of his hands.

"A Very English Scandal" is set in 1960s Britain with homosexuality only just being decriminalized. It follows Thorpe, who is set to stand trial for conspiracy and incitement to murder of Scott, who threatens to expose his secret.

The series marks Grant's return to British television for the first time since playing Bruno de Lancel on "Judith Krantz's Till We Meet Again" in 1990s. Meanwhile, Wishaw most recently starred in the first episode of BBC Four's "Queers". Titled "The Man on the Platform", the episode featured Wishaw portraying a character named Perce.

Amazon is co-producing the upcoming series with BBC One in the U.K. Dominic Treadwell-Collins, Graham Broadbent and Pete Czernin executive produce for Blueprint Television while Lucy Richer executive produces for the BBC. The production has already begun in London. The series is slated to premiere sometime in 2018. 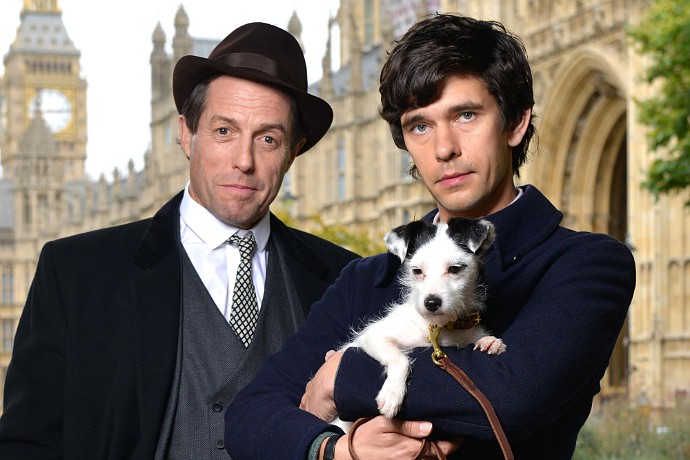