The 'All Eyes on You' hitmaker is on battle mode, ready to steal Kylie away from her on-and-off boyfriend Tyga by dissing him over a track.

AceShowbiz - Tyga better watches his back. Meek Mill is reportedly on the move to steal his girl, Kylie Jenner, away. Meek seems to have set his eyes on the Kylie Lip Kit founder and will stop at nothing to get her. He even plans to "obliterate" Tyga on an epic diss track to make Kylie notice him.

Meek broke up with Nicki Minaj last year and it looks like he has found a new crush on Kylie. It is reported that he started following the "Keeping Up with the Kardashians" star on Instagram amid rumors that Kylie and Tyga's relationship was over because of money issues. He then liked many of Kylie's sexy photos and sent her private messages.

Rumor has it, Meek thinks that he is better than Tyga and he would be the best match for Kylie. "Tyga is dreaming if he thinks he's good enough for Kylie Jenner," an insider said. "That girl needs a man who can satisfy her mentally, emotionally and sexually."

Meek's attention to the 19-year-old reality star seems to make her have "little harmless crush" on him, sources told HollywoodLife.com, "Kylie has total butterflies over Meek. She thinks he's super sexy, super legit and she loves that he's 6'2 and 29. Even though Tyga's 27, she sometimes feels like the mature one in the relationship. She's anxious about taking it off social media, though, because she doesn't need a feud with Nicki Minaj."

The breakup didn't last long, though. Kylie and Tyga have been back together. They even went on a movie date on March 13 with her family, including Rob Kardashian. On the other hand, T-Raww seems to take this rumor coolly. He isn't worried about Meek hitting on his girlfriend. Insiders said, "Tyga has Kylie on lock. She's not going anywhere and he's not threatened by Meek. No disrespect, but Tyga isn't about to get rattled just because another dude is on his girl's page being thirsty."

Bella Hadid Accused of Having a Nose Job 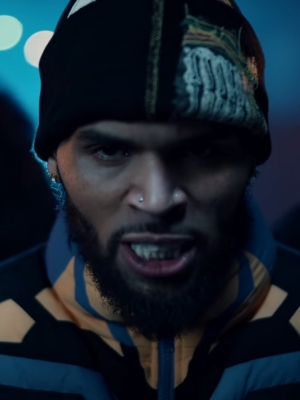