The former adult film star, who's already a mom to twin sons, is 'over the moon' over her second pregnancy and has confirmed that she's expecting only one baby this time.

AceShowbiz - %cJenna Jameson% is going to be a mom again. The former adult film star, who's already a mom to twin children, has just announced via Instagram and Twitter that she's expecting her first baby with fiance Lior Bitton.

Jameson posted a cute photo of her sitting in a white couch while pointing at her belly. "It's OFFICIAL!!!!! I'm pregnant!!!!!" she wrote alongside it. She followed it up with another picture of her flaunting her baby bump in a black dress, and captioned it, "This is either from Cinnabon delights... Or I'm pregnant... LoL oh yeah, BOTH! #cravings."

This is either from Cinnabon delights... Or I'm pregnant... LoL oh yeah, BOTH! #cravings @liorbitt @ms__shay

The 42-year-old model is excited about her second pregnancy and has confirmed to PEOPLE that she's now expecting only one baby. "My fiance Lior Bitton and I are over the moon. God has blessed us," she told the publication. "I can confirm that it's only one baby this time (thank goodness)! I'm looking forward to a fun, healthy pregnancy."

Jameson previously welcomed twin sons Journey and Jesse Ortiz with her MMA fighter ex %cTito Ortiz%. She gave birth to the boys in 2009, years before she and Ortiz split in 2013.

Get First Look at 'Ash vs. Evil Dead' Most Powerful Enemy in Season 2 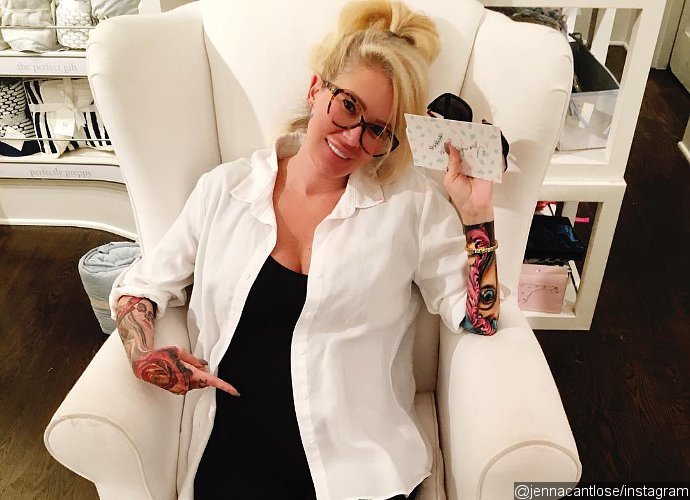