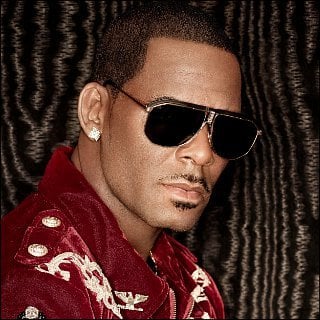 "TP.3 Reloaded," released in 2005, was quite a shaking for music world for it's been sold over 490,000 copies in U.S. after being released for a week, quickly became a best-seller album. Greater than that, the album also gained 1st rank at Billboard 200 and R&B/Hip-Hop Album chart. This achievement isn't something new for famous singer such R. Kelly, but considering his long trials for sex scandal with underage woman it at least helps him to recoup his good reputation and win back his place in people's heart. Sad to say that notwithstanding with the glorious success of "TP.3 Reloaded," one of its tracks entitled "Trapped in the Closet" raised a charting controversy. Consisting of five parts, the song was suspected to be a gimmick for Kelly to break chart records since each part was considered as a different airplay. However, there were some people rejected this opinion, claiming Kelly did not split the song on purpose but rather did it because the song had a 14-minutes duration and therefore was detached to 3-minutes parts.

Looking back through the years, the young Kelly lived with two brothers and sister and his mother Joanne in a slum in the Chicago's Southside project. The street life and bad influence among the neighborhood made him focused his life more on music and basketball. His interest over music was inspired by Lena McLin, his former music mentor at Kenwood Academy High School. In 1988, Kelly who was born on August 1, 1967, started to explore his talent by singing and playing keyboard as a street performer. Kelly's life changed when a young musical executive, %cWayne William%, took him off the street to sign for Jive Records. He later formed an R&B group called %cPublic Announcement% and headed for recording in the end of 1990. "Born Into the '90s" album, includes songs like "She's Got that Vibe", "Slow Dance", "Dedicated", "Dedication of a Hottie" and "Honey Love," was released and in time made it to sell over a million copies. After the success, in 1993, Kelly went solo and brought out his own album "12 Play" which increased his career with such hits, as "Sex Me", "Your Body's Calling" and "Bump & Grind."

In 1994, Kelly tried to be a producer by releasing an album for his debut artist, %cAaliyah%. "Back & Forth" and "Age Ain't Nothing But a Number" became a success for both Kelly and Aaliyah who decided to get married in the same year. The marriage was later annulled considering that she was only 15. Two years after that, in 1996, the singer who was born as Robert Sylvester Kelly, married to former backup dancer, %cAndrea Lee%, who gives him two daughters, Jaya and Joann, and a son, Robert Jr. After his controversial annulled-marriage, Kelly launched his self-titled album in 1995. The hits, including "You Remind Me of Something", "I Can't Sleep (Baby If I)" and his collaboration with %cThe Isley Brothers%' %cRonald Isley% on "Down Low" added the success to his previous album. Later that year, he worked with %cJanet Jackson% and %cMichael Jackson%, producing their singles "Any Time, Any Place" and "You Are Not Alone." Moreover, he was also writing hits for R&B group %cChanging Faces% while worked with several more artists as well, such as the late %cNotorious B.I.G.%, %cP. Diddy%, and %cFat Joe%.

In 1996, he released his most successful single, "I Believe I can Fly," from %cMichael Jordan% movie, "Space Jam" (1996). As a result of this booming single, Kelly won three Grammy Awards in the year of 1998 mainly for Best R&B Song, Best Song Written Specially for a Motion Picture, and Best R&B Vocal Performance - Male. His next album entitled "R." was put on the market in 1998. One of its singles, "I'm Your Angel," was sang alongside %cCeline Dion%. The other single "If I Could Turn Back the Hands of Time" helped to increase the album's selling. Then, "Can Fly! The R. Kelly Story," a children book based on his tale was published. Overwhelmed by the success he had achieved by that time, Kelly distributed a sequel to his 1993 album, "TP-2.Com" (2000).

Subsequent to that the singer worked together with rapper %cJay-Z% for "The Best of Both Worlds" album launched in 2002. The album was first ranked 2nd on the Billboard Pop Albums charts, but after the spreading of the videotape that showed him having a sexual intercourse with underage girl, Kelly began to face the darkest moment in his life and career. Both media and his fanatics were shocked over the news and then called for a boycott on Kelly's songs. Since then on he had to undergo long trials concerning the scandal while also was faced to more of pornography charges, naming that of the January 2003 twelve counts of possession of child pornography plus two other sex suits by underage girls just to name a few. Nevertheless, the 2005 trial of his sexual activity with underage girl has been temporarily delayed until fall since the prosecutors failed to define the video's timeframes. "People can say whatever they want about you without knowing the facts. They can criticize you without even knowing you and hate you when they don't even know you. All of a sudden, you're like the bin Laden of America. Osama bin Laden is the only one who knows exactly what I'm going through," said Kelly trying to get people's sympathy.

After the BOBW (The Best of Both Worlds) album, Kelly followed it up with another new LP entitled “Loveland” which was scheduled to be released in November 2002. Sadly the set was affected by heavy bootlegging, caused him to go back to the studio and work on another material, resulted in “Chocolate Factory” released in February 2003. This first album since the allegations surprisingly was fairly well received, yielding the number two hit remix of "Ignition" and the top 10 single, "Step In the Name Of Love" as well as the top 20 single, "Snake." This success did encourage Kelly to create greater projects, producing the %cB2K%'s No. 1 hit "Bump, Bump, Bump" and the Isley Brothers' album "Body Kiss" which became the group's first album in their career to debut at #1. Remained productive, in the year of 2004 Kelly put on market his next LP, a two-CD set “Happy People/U Saved Me.” The positive result of this set was soon followed by another album, a follow up to “The Best of Both Worlds” in October 2004, dubbed “Unfinished Business,” which included eleven previously unreleased tracks by the singer with fellow rapper Jay-Z.

The year of 2005 brought another good luck for Kelly who during that period of time had a new single "In The Kitchen" released in April and new album titled “TP.3 Reloaded” out in August. Made famous by one of its singles, "Trapped in the Closet," the LP made it onto the Billboard 200, sat at the peak of the album charts for weeks before later on was certified Platinum and earned the R&B crooner a Soul Train Award nomination for the category of Best Male R&B-Soul Album in February the next year. Two years later he was back in recording mode by announcing thirteenth studio album “Double Up”. A little different from before, the singer tapped not only one or two artists to do collaboration, but plenty. Young stars such as %cT.I.%, %cT-Pain%, %cYoung Jeezy%, %cAkon%, %cSnoop Dogg%, %cPharrell Williams% and %cLudacris% have all backed him up in this set. All of the trouble was worth it when the album entered the Billboard 200 chart at #1 after selling as many as 368,000 copies.