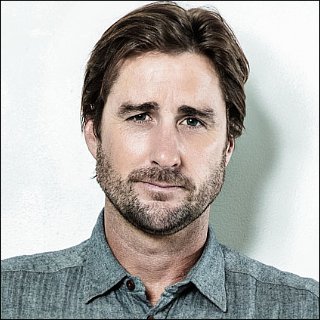 With an impressive film resume which consists of a wide variety of movies that ranged from independent features to blockbuster pictures, Luke Cunningham Wilson has proven that he indeed possesses the real talent as his brother %cOwen Wilson% does. As the Wilson Brothers who undergo the same path, the comparison between them is therefore inevitable yet Luke has firmly established his own career through a series of well-known movies, mostly dramatic or romantic comedy flicks, stepping out from Owen's shadow that had engulfed him before. Capable of performing a diverse array of characters while also being proficient at nailing his scenes, he certainly has the quality and potentiality to become one of the cherished actors in the world.

A native of Texas who was born on September 21, 1971 in Dallas, Luke probably had never thought about becoming an actor when he was still a student at St. Mark's School of Texas since his attention at that time was directed towards sports, particularly track and field. It was not until this youngest son of Robert and Laura Wilson entered Los Angeles' Occidental College that his fondness for acting began to grow as he discovered the excitement upon performing characters of literary plays in a theater course, especially those of %cSam Shepard%'s. Together with his older brothers, %cAndrew Wilson% and Owen, plus Owen's roommate, %cWes Anderson%, he then made an independent short film entitled "Bottle Rocket" in 1993 which wonderfully made its way to be screened at Sundance Film Festival in the same year.

Much to Luke's surprise, his family's friend, L.M. 'Kit' Carson, successfully convinced producers James L. Brooks and Polly Platt to watch "Bottle Rocket" at the festival. Deeply impressed with this movie, Brooks instantly revealed his intention to make a full-length version of this feature, asking Wilson brothers to reprise their roles in this bigger project. Although the 1996 release resulted poorly in the box-office, it delightfully received rave reviews from the critics, even was later included in %cMartin Scorsese%'s top-ten favorite movies of the 1990s. This accolade undoubtedly brought Luke to people's recognition while gave him wider opportunity to develop his acting career for it certainly had opened the way to Hollywood film industry. By 1997, he had landed parts in "Bongwater", "Telling Lies in America", and "Best Men" in which he met %cDrew Barrymore% for the first time.

As Luke was billed to once again collaborate with Drew in his next movie, "Home Fries", the couple subsequently embarked on a romantic journey during the filming of this dramatic comedy flick. Since Drew had indeed become a celebrated actress at that time, their affair unmistakably led this attractive actor to earn more publicity, prompting people to take closer attention on him. Unfortunately, the love relationship between them could not last long for they eventually decided to break-up in 1998, the year "Fries" encountered its release in theaters. Luke then ventured into small screen, appearing on Fox's acclaimed TV series, "The X Files" (1993-2002), in an episode entitled "Bad Blood " which was aired on February 22, 1998, before reunited with his brothers and Wes Anderson to establish their second on-screen work, "Rushmore" (1998).

Starred next as Carlson, the sidekick of funnyman %cMartin Lawrence%'s character, Miles Logan, in Les Mayfield's "Blue Streak" (1999), Luke finally able to taste his first true blockbuster success for the movie amazingly scored almost 118 million U.S. dollar worldwide. This certainly boosted his career increasingly, smoothening his path to secure some bigger roles in high-profile productions, such as %cJay Russell%'s touching family drama entitled "My Dog Skip" (2000) alongside %cKevin Bacon% also %cFrankie Muniz%, and "Legally Blonde" (2001) opposite %cReese Witherspoon% while briefly appeared in "Charlie's Angels" (2000). In the meantime, he boldly crossed to thriller genre through either "Preston Tylk" a.k.a "Bad Seed" (2000) or "Soul Survivors" (2001), possibly intending to avoid being typecast, but quickly returned to comedy with another project of Anderson, "The Royal Tenenbaums" (2001).

In this film filled by remarkable ensemble cast which included his brother, Owen, Luke portrayed a troubled tennis prodigy named Richie Tenenbaum who later falls in love with his adopted sister, played by %cGwyneth Paltrow%, whom he had dated for one year. Once more garnered critical acclaim for his performance, he returned to TV production in 2002, this time gained a reprising role as Casey Kelso in Fox's popular comedy series, "That '70s Show" (1998). The year 2003 saw him teaming up with %cVince Vaughn% and %cWill Ferrell% in box-office hit comedy of "Old School" which scored them a Best On-Screen Team nomination at the 2003 MTV Movie Awards before showing up in "Alex and Emma" opposite %cKate Hudson%, "Legally Blonde 2: Red, White & Blonde", then "Charlie's Angels: Full Throttle."

After his cameo appearances in the 2004 movies entitled "Around the World in 80 Days" and "Anchorman," Luke joined a project of Wilson brothers, "The Wendell Baker Story" (2005), in which he also wrote and directed along with Andrew. Cast alongside %cSarah Jessica Parker%, %cDermot Mulroney% and %cDiane Keaton% in "The Family Stone" (2005), year 2006 turned out to be a really busy period for him as he was billed to play role in no less than four titles, namely "Idiocracy", "Mini's First Time", "My Super Ex-Girlfriend", and "Hoot." The hectic schedule continued in 2007, which still saw him stick to comedy fares like "Blades of Glory" and "You Kill Me" though he did stray to thriller genre once again through "Vacancy" in between.

Going steady in maintaining his film career throughout the next year, Luke afterwards eagerly lent his voice for Aristomenis Tsirbas' animated flick "Terra" while taking chance to act together with %cJessica Simpson% in rom-com pic "Blonde Ambition." This was followed by a lead role in "Henry Poole Is Here", a comedy drama from Mark Pellington that billed him as a man who leaves his cushy job, his fiancee, and his overbearing mother to spend the remainder of his time alone in suburbia upon discovering he only has six weeks to live.