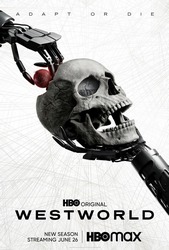 Dolores is roused in the middle of the night by a strange voice. "Do you remember?" the voice asks, prompting Dolores to walk outside.

Two young businessmen, Logan and William, disembark from a luxury train at Westworld's arrival terminal. Logan, no stranger to the park, is escorted away by two attractive hosts as William grapples with the sheer scope of what he's about to experience. Angela, William's personal host, outfits him with the necessary clothing and weapons. Presented with his last choice--white hat or black?--he grabs a white cowboy hat off the wall and reunites with Logan on the train to Sweetwater.

Fixated on Peter Abernathy's glitch, Elsie insists "there's something fucked up with his cognition" to a circumspect Bernard. He tells Elsie to "let it lie," aware that the cause of the glitch lies in the reverie code implemented by Ford.

Dolores walks through town and suddenly remembers the street littered with dead bodies. When Maeve interrupts her memory, Dolores shares the warning her father gave her the day before.

The Man in Black arrives in the nick of time to free a blindfolded man, Lawrence, from the gallows. He thrusts Kissy's scalp--with the illustration of the maze--into the confused survivor's hands, convinced Lawrence can help him find the entrance to the maze.

Maeve flirts with an uninterested guest when she suddenly remembers a brutal attack. Alarmed by her aberrant behavior, the guest excuses himself and Maeve reawakens in a diagnostic state. The narrative techs opt to bump up her aggression, and return her to the fold.

Troubled by the Abernathy incident, Bernard tells Ford he retired the two hosts in question but is worried there might be outside interference at the root--maybe even sabotage. Bernard reassesses Dolores and is concerned by the stories of her interactions. He implores her to keep their conversations between them: "There's something different about you. About the way you think. I find it fascinating but others may not see it that way."

Under pressure from corporate, Theresa compels Bernard to ensure his department is ready for their arrival and the launch of Lee's new narrative.

Logan and William dine at The Coronado, and Logan threatens to shoot a nearby patron to demonstrate the difference between hosts and humans. Further emphasizing the point, Logan drives a steak knife through another host's hand before heading upstairs to enjoy the park's more carnal delights.

Dissatisfied with the presentation of his newly commissioned hosts, Sizemore smashes an instrument tray into a host's face, reinforcing the notion that his creations are artfully crafted, non-human objects.

The Man in Black removes Lawrence's blindfold to reveal they are in Las Mudas, where Lawrence's family lives. The Man demands information about the maze and when Lawrence comes up short, he takes out Lawrence's posse. Lawrence's daughter acquiesces after seeing her mother die, and gives the man a warning along with the directions he desires.

Ford takes a solitary walk across a deserted section of the park when he is stopped by a young boy who also seems to have strayed from his family. Ford tells the boy to look for the town with the white church--a town which can only be seen with the imagination. With a wave of his finger, Ford freezes and redirects the path of a rattlesnake and tells the little boy, also a park creation, to return home.

Feeling guilty about their previous disagreement, Theresa shows up at Bernard's living quarters and they have sex. She notes how Bernard is comfortable with long silence while his creations "never shut up."

Elsie steps in and readjusts Maeve's clumsily altered stats. When a colleague wonders if hosts dream, Elsie explains they are given the concept of dreams as cover in case the techs forget to wipe their memories after maintenance.

With boosted perception levels, Maeve successfully pairs a guest with Clementine who escorts him upstairs. Teddy and Maeve share a small celebratory toast when a guest shoots him in the back.

Maeve returns home and settles into sleep, dreaming of life on a homestead with a young girl. Memories of the brutal attack recur: As Maeve cowers in fear, the Man in Black approaches. Counting backwards from 3, Maeve awakens in livestock management--mid fix. She stands up, sliding around in her own blood. Clutching her organs in one hand and a scalpel in the other, she threatens the overwhelmed livestock techs, and escapes out the door. She stumbles into another room, finally collapsing on the floor when she sees Teddy--dead, naked, and prepped for repairs. The techs rush to shut her down and return her to their operating room.

Dolores, in her trance, rises from bed and walks outside. "Here?" she ponders, and recovers a gun buried in the dirt. The next day, Dolores drops her can in Sweetwater and this time William is there to pick it up.

Finally happy with the appearance of his new hosts, Sizemore presents his new storyline to Dr. Ford who does not like it at all. Ford tells Bernard that he is instead crafting an original storyline of his own. 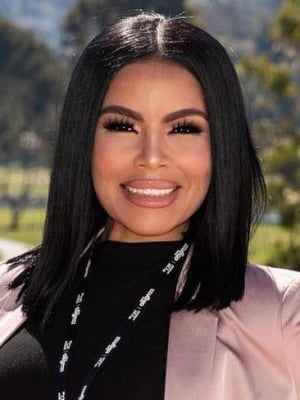