Bill hears a voice drawing him into the Blood Shrine. Lilith appears and commands him to drink all the blood; he has been chosen. Spooked, Bill leaves the room but in turning back, spots a bloody handprint on the glass case.

Bill catches Jessica trying to use his cell phone to call and warn Jason about Steve Newlin. Bill is adamant: The inhabitants of Bon Temps are not their concern. Desperate, Jessica offers to make Jason a vampire, but Bill calls her bluff. He orders two guards to take Jessica and watch her sire Jason.

Nora goes to Eric for sex and forgiveness.

The Authority chancellors welcome US Military General Cavanaugh to their headquarters. Cavanaugh ignores their overtures and demands to know why their agreement has been breached. Upon learning that Roman is gone, the general warns them he has a video of Russell and Steve eviscerating a fraternity, to be released should anything happen to him. Furthermore, the government has prepared for this very moment and armed itself. "We own the day, he says."Vampires don't stand a fucking chance." Undeterred, Eric kills the general. After his death, the chancellors move to control the damage; Eric and Nora leave to find the remaining copies of the video. On the road, the two stake the guards traveling with them.

In Bon Temps Jessica hesitates, but the guards push her to turn Jason--or else they will. Begging him to trust her, she bites into him. Having faked unconsciousness, Jason swings into action when Jessica alerts him that he guards have relaxed, and he shoots them with wooden bullets. Jessica updates Jason: Sookie is in danger and no one is trying to save her. Jessica adds that she would have been happy to spend eternity with Jason, but he is in no mood to listen.

Pam schools Tara about the Authority: Killing a sheriff will not go over well. She forbids Tara from ever mentioning Elijah. Jessica comes looking for sanctuary, but Pam refuses until Jessica offers information about Eric.

At the faerie club, Sookie reels from the news that she was promised 300 years ago to the vampire Warlow. The faeries take her to meet an elder, but her spaciness--the result of having traveled through so many realms and holding eons worth of data--startles Sookie. The elder tells her that their destinies are intertwined with Warlow's so they will need to hold on to their light. The faeries hear Jason searching the meadow for the club. Pulling him in, they get the bad news: Russell and Steve are hunting her, and Bill and Eric don't care. The elder freaks when she learns Russell lives. As the other faeries debate whether they are still bound to protect Sookie, she and the elder agree they need to fight him together. Jason and Sookie share a teary goodbye.

Alcide is building a silver chain-link fence for his father when a neighbor warns him that baby vamps are on the prowl. After Jackson tosses the man off his land, Alcide asks his father to admit that he was abjured because he stole from his own pack. Jackson retorts, "The Pack can go fuck themselves." When baby vamps approach Jackson's trailer, they are repelled by the fence, so they move on to a neighbor's. Alcide tries to take them out, but it's Jackson, armed with a bow and arrow, who saves the day.

Arlene and Terry share a loving moment at Merlotte's prompting Andy to ask them for relationship advice. Arlene tells him it starts with trust... but the conversation ends when a very pregnant Maurella approaches Andy and tells him he needs to help protect the fruit of their union.

Pam and Tara shelter Jessica in Fangtasia. Hearing Jessica's report, Pam explains that vampires that nest and feed together can start going crazy. After she leaves, Tara expresses admiration for Pam, but denies having feelings for her. Rosalyn arrives at Fangtasia in search of her progeny Elijah and accuses Tara of killing him. Pam confesses to the crime and is taken away, as is Jessica once Rosalyn spots her.

Luna and Sam (still in mouse form) locate wolf-pup Emma in a holding pen. They shift back into humans to take her, but when guards spot them, Luna refuses to shift and leave her daughter. The two are tossed into the cells. A guard comes to fetch Bill's breakfast and Sam volunteers to be it.

Lilith visits Bill again and commands him to drink. When he goes to the shrine, he is surprised to find Kibwe there declaring himself chosen. Bill immediately decapitates him. Brought before Bill, Jessica tries to defend herself: It's the nest that's making him crazy. Bill smacks his progeny and tells her he has been chosen. Meanwhile, Lilith visits Salome and tells her she has been chosen.

Keeping guard at home, Jason is outmaneuvered by Steve and Russell. Russell glamours Jason for Sookie's whereabouts and he escorts them to the faerie field. Once there, Steve and Russell begin to sniff hungrily, but can't locate the faeries. The faerie elder steps out to put a stop to Russell with her fingers, but he uses Jason as a shield, startling her. Russell then outspeeds the elder and drains her. High on her blood, he spies the rest of the faeries cowering in the nightclub. 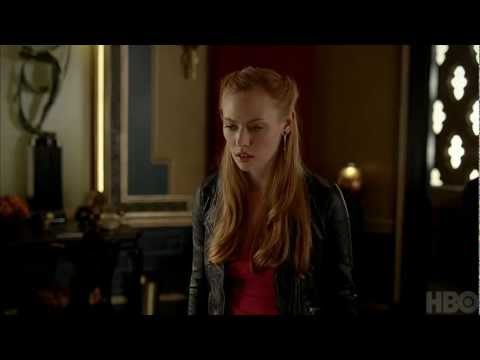 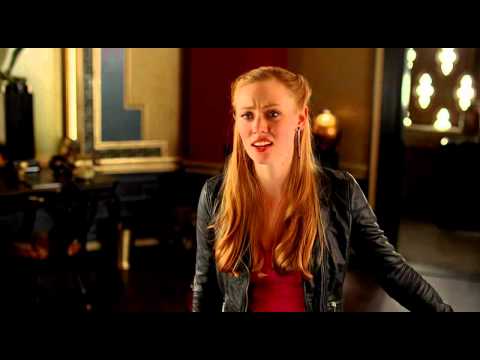