Miriam Margolyes who plays Professor Sprout opens up on how much she got paid for playing the Hogward teacher in two installments of wizarding movie series.

The 81-year-old star portrayed herbology teacher Professor Sprout in "Harry Potter and the Chamber of Secrets" and "Harry Potter and the Deathly Hallows: Part II". She said, while her "un-ladylike" demeanor has made her very rich, she was only paid £60,000 ($68,000) for the part in the fantasy series.

She said, "I'm not very ladylike. I've got a ladylike voice and I think it's the contrast of saying C***face' in a very sweet voice that engages people. Anyway, I've made a lot of money out of it so I'm perfectly happy with that."

"I never made 'Harry Potter' millions. I think the three or four main people. I was only in two and I only got £60,000 for being Professor Sprout but I'm not grumbling. Now. I grumbled then but it made me very famous!"

Meanwhile, the "H Is for Happiness" actress is well-known for using profanity at will and added that she has always found swearing to be "fun" and fans now pay her to swear at them on the celebrity greetings website Cameo which they share on "this weird thing" called TikTok.

She told Metro newspaper's Sixty Seconds column, "I've done quite a few podcasts but do you know this very weird thing called TikTok? You know Cameo, where you earn money for saying 'happy birthday to someone? Well, people have been putting my Cameo on this TikTok website and it's made me very popular."

"Sometimes I'm rude and swear and say 'C***' and 'f***' and 'up your a***hole' and people like it. I have always had that. I didn't swear at home because my parents wouldn't have liked it but I swear in public because it's fun!" 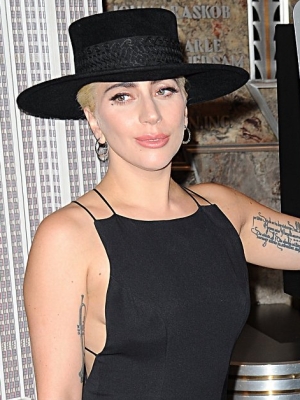