'AGT' Finale Recap: 11 Finalists Take the Stage for the Last Time to Win the Prize

The remaining acts perform for the last time in front of the judges before the winner of season 17 of the long-running talent competition show will be announced in the next episode.

Kicking off the night was Kristy Sellars. For the big night, she performed an original piece of art and dance as a gift for her daughter. Judge Howie Mandel was impressed, noting that she set the bar for a night that was already set to be high caliber. Heidi Klum added that she's a great storyteller.

Up next was Nicolas Ribs. He used a drawing that his daughter made and transformed it to the flowers, heart and butterflies. Heidi said that Nicolas was "inventing a new kind of magic." Simon Cowell, however, didn't think tonight's performance was better than his previous ones.

Chapel Hart then took the stage, singing their new song "American Pride". Simon loved the group's song choice, calling it the perfect song for the week of 9/11. Howie, however, noted that they were better vocally in past performances.

As for Metaphysic, they created the image of a young Elvis Presley for a rendition of "Hound Dog" and other songs with AI versions of Heidi and Sofia Vergara as the backup singers. They added Simon to the mix as a second male vocalist for a rendition of "Devil in Disguise". Heidi called it her favorite act of the night, while Sofia said they're fun because of how different they are. Simon also raved about them, noting that they're one of the "most incredible, original acts" he's ever seen.

The next act to perform was Mayyas. They amazed people with their snake imagery and ethereal beauty of white feathers and hand-lights that they used to create a celestial atmosphere on stage. Simon dubbed the performance "astonishing," while Howie called them his favorite act ever. Following it up was Avery Dixon, who performed an exciting rendition of "Ain't Nobody" that had the crowd singing along with the background singers. Sofia said there's something about him that makes everyone love him. Simon praised him for his brilliant song choice.

Wild card act Celia Munoz later tried to impress the judges and the audience with a creative operatic skit where she sang through different scenarios. Simon loved that she did something more clever and funny than her past performances. Howie, meanwhile, called her a "classic vaudeville" performer that has been lost in recent years. Heidi agreed, adding that she has a "rare talent."

As for Sara James, she opted to sing Kate Bush's classic "Running Up That Hill". Simon said she "nailed" it, while Heidi pointed out that Sara has "freshness" about her that makes her seem like a superstar already. For his final performance, Yu Hojin shared his dream and imagination through his magic act. He used slight of hand with cards and pages from his dream diary that he crumpled up. He later created a Statue of Liberty figure with that. Simon called him a "brilliant showman." Howie also gushed over him, saying that he's "elegant" and a star.

Rounding out the night was Drake Milligan, who hit the stage with his uptempo honky tonk track "Sounds Like Something I'd Do". Sofia totally loved his performance as she said that already wanted to buy a ticket to his concerts. Heidi added that Drake was the stand out of the season.

The winner of season 17 of "America's Got Talent" will be revealed in the Wednesday, September 14 episode. 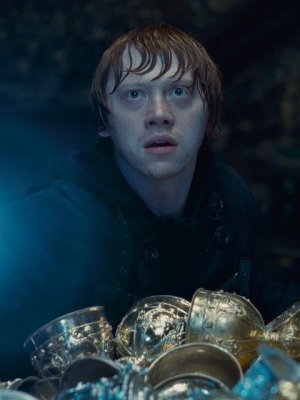