Lisa Rinna Claims She's Been 'Threatened' Prior to 'RHOBH' Reunion

The 'Real Housewives of Beverly Hills' star reveals on Instagram Story that she has been 'threatened' by someone trying to stop her from speaking her truth at the reality show's upcoming reunion.

AceShowbiz - Nothing can stop Lisa Rinna from speaking her truth. "The Real Housewives of Beverly Hills" star revealed on Instagram Story that she has been "threatened" by someone trying to stop her from telling all at the reality show's upcoming reunion.

"I have been 'threatened' for the past 4 months by 'people' basically trying to scare me, trying to ruin my credibility, trying to call me a liar, creating things that aren't true and don't exist, but guess what?" Lisa wrote on Friday, September 9. "Today we're going to sit down and we are going to talk about it all."

The 59-year-old former model went on to say, "I will tell my truth. And yes you better believe I'm gonna talk about it all." 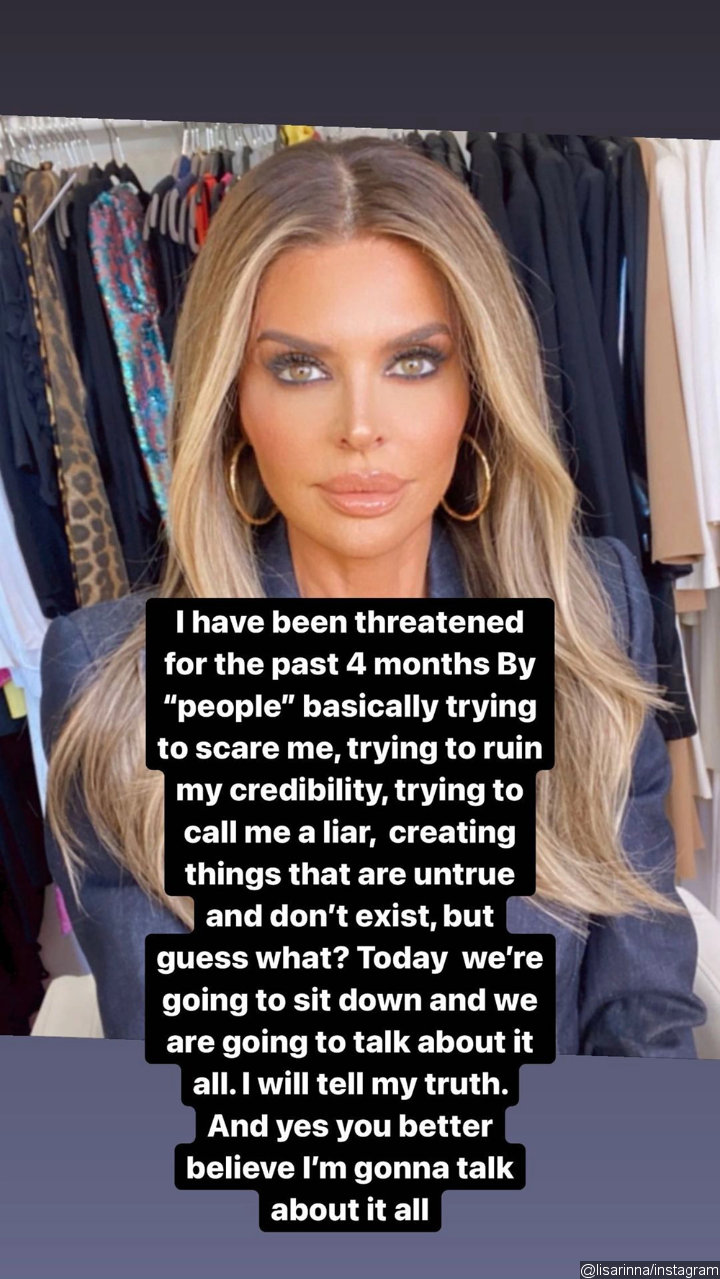 Lisa didn't name the person who allegedly has been threatening her. However, she previously shared a text exchange between her and co-star Kathy Hilton in which the latter asked Lisa to "please not say anything we discussed."

Lisa has been feuding with her "RHOBH" co-stars over the past couple of weeks. In addition to archiving all her social media posts related to the Bravo show, she unfollowed fellow cast members Garcelle Beauvais, Sutton Stracke and Crystal Kung-Minkoff.

The star also claimed that she was mistreated in the latest season of the Bravo reality show. Last month, the "Days of Our Lives" alum posted a throwback photo of her walking a red carpet in an eye-catching yellow dress with high slit. Reminding her followers who she is, the star wrote, "I was Lisa F**king Rinna before HW and I'll be Lisa F**king Rinna After."

Season 12 of "The Real Housewives of Beverly Hills" airs on Wednesdays at 8/7c on Bravo.