The 'Very Cavallari' star admits during a Q+A session on social media that she feels inspired to get a 'lift' after giving birth to three children, Camden, ten, Jaxon, eight, and Saylor, six.

AceShowbiz - Kristin Cavallari got a breast lift after breastfeeding. The 35-year-old reality star - who has Camden, ten, Jaxon, eight, and Saylor, six, with ex-husband Jay Cutler - admitted during a Q+A session on social media that she felt inspired to get a "lift" after giving birth to three children.

While appearing live on Twitter, a user asked, "Are your boobs real? They look amazing! (Jealous mom of 2 here)." Kristin replied, "Gonna keep it real with y'all: got a lift after breast feeding all three kids. (sic)"

However, "The Hills" star was then asked for her opinion on Botox as a cosmetic procedure and explained that she has "never" had it done and even though it looks "amazing" on others, she is concerned about the long-term effects.

She added, "It's not for me (or maybe I should say, I've never done it). But I've seen it look amazing on some people. My concern is that we don't know the long-term effects of it (and I don't mean like 5-10 years, I mean like 20 years) and I think your face is a muscle, so we need to work it out the same way we would any other muscle. I'm super animated so I need my face to move and honestly, my lines don't bother me." 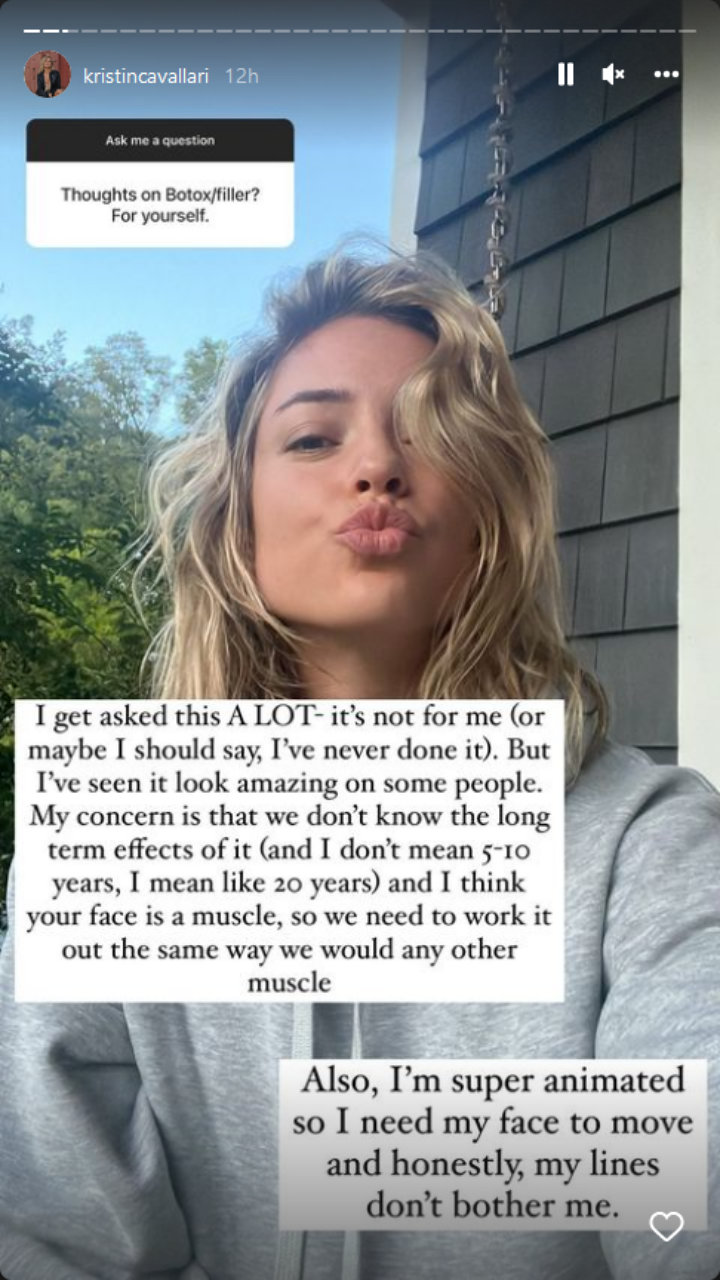 Kristin Cavallari said she got a breast lift.

Meanwhile, the Uncommon James founder - who is currently single - added that while she is not "looking" to have more children at the moment, if the right person came along she would be willing to have another child. She said, "I'm not looking to have more, BUT if I met someone who didn't have kids then I would have one more."