The real estate broker-turned-reality TV star is hopeful that Christine Quinn will make guest appearances on the upcoming season of the Netflix series amid rumors of her exit.

AceShowbiz - Jason Oppenheim thinks it will be cool if Christine Quinn makes some guest appearances on "Selling Sunset". Despite recent claims that Christine, 33, is not returning for the sixth and seventh season of the Netflix reality show - which follows the glamorous real estate agents of the Oppenheim Group, agency boss Jason, 45, is hopeful that she will make a return.

"I don't know the details yet, I honestly don't get involved in that stuff. I've just texted her some compliments on the fashion stuff she's being doing. We're going to stay cool and friends," he said to TMZ. "If Christine thinks it's best to leave, then I support her. I would never question my agents. I think it'd be cool if she popped on [the show] but I don't get involved."

He said, "We have such a strong team, we have two new really strong women. I have zero concerns about season six and seven being the best. There are a lot of strong personalities, including our two new women. I don't want to use the word villain but I think there are going to be some interesting dynamics."

"I've always questioned how we get any drama on this show because we are all friends but it just turns out that each season has more drama. I have zero concerns about this season."

Christine - who has been notable lately for her criticism of the series and skipping the reunion of the latest season - is said to be more interested in pursuing her modelling contract with IMG Models, appearance slots at fashion industry parties and getting her hands dirty with RealOpen, the real estate agency owned by husband, Christian Richard, with who she has 15-month-old son Christian.

And she made shocking allegations against the producers on the show while appearing on the "Call Her Daddy" podcast, claiming that she was told "to go fall down the stairs" and bullying the cast to make more juicy storylines.

"But in the meantime, they'll have someone say, 'Oh, my gosh, you know Christine just said this about you in a previous scene,' and they'll come to me [and say], 'Chelsea said this about you [in] previous scenes.' So they set up these scenarios which instigate our emotions intentionally. But I've been doing the show for four years. I'm on five seasons, so I know how it works." 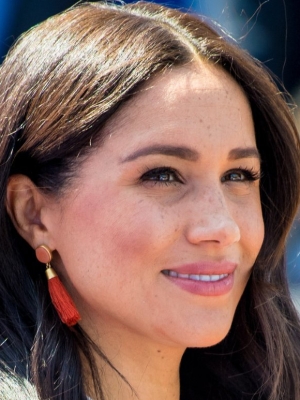