Announcing the good news that she has received a callback following her audition for a role in the hit Broadway musical, the country music star gushes, 'My heart is going to explode.'

AceShowbiz - Maren Morris was in tears after getting a callback following her audition for a role in hit Broadway musical "Wicked". The 32-year-old singer/songwriter has long dreamed of playing Elphaba in the hit stage show, and was encouraged to send a tape to casting producers by one of the show's original stars Kristin Chenoweth, who played Glinda The Good Witch, and the move appears to have paid off.

In a post on Twitter, Maren wrote, "I got a callback for Wicked. I am in tears. What the hell," adding a crying face emoji and a green heart. Kristin replied to her post, writing, "You go baby!! Told ya you could do it!!! Xoxooxo," and the singer responded, "Stop my heart is going to explode."

Maren also took to Instagram to share her good news, telling her fans, "Y'all, I literally don't even care - yes I do! - if I go beyond this callback because this is 14-year-old Maren getting to achieve something that was never in reach. It just never felt possible." Maren added, "So thank you for being on this journey with me. We'll see where it goes. I'm just really happy. I love 'Wicked'! I love Elphaba! I love Kristin Chenoweth - thank you Kristin, for inspiring me to buck up and just send a self-tape in. I don't know what to say."

Maren previously admitted she's long dreamed of landing a role in her favourite stage show, telling Taste of Country in 2018, "One of my dreams is to be on Broadway someday. My dream has always been to play Elphaba in 'Wicked'. That would be so amazing. I've seen it so many times now."

"Wicked" became a huge hit after debuting on Broadway in 2003 with Kristin starring opposite Idina Menzel as Elphaba and Joel Grey as The Wizard.

GAYLE Boasts About Being a Trendsetter on New Single 'indieedgycool'

Maren Morris Defends Prince Harry and Meghan Markle as She Asks Haters, 'Have You Seen His Family?' 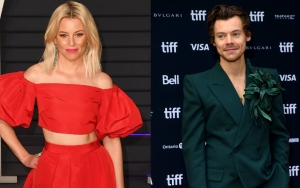 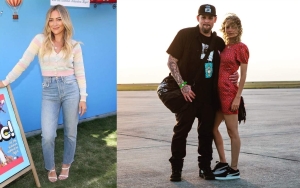