During his appearance on 'Late Night with Seth Meyers', the 'Many Saints of Newark' star revealed that he wanted to get to the end of watching 'The Sopranos' starring James Gandolfini.

AceShowbiz - Ray Liotta wanted to get to the end of watching "The Sopranos". The late movie hardman, who starred in the film prequel to the landmark HBO drama, "The Many Saints of Newark", poignantly said in his final interview that he "eventually" planned to finish the series.

Liotta revealed on "Late Night with Seth Meyers" in September 2021 that he was trying to wade through the six-series mob drama starring James Gandolfini. "I never really watched it - shhh! A few episodes in the beginning, but at that time I just wasn't into sitting home and watching television," he said. "I was out doing stuff."

"I saw episodes and I said, 'Wow, this is really good.' Every now and then you're flicking and there's an episode that's on," the actor, who died in his sleep at the age of 67 on Thursday, May 26, went on saying. "I will - I will eventually!"

Liotta added that as he was playing a new role on the prequel series, he didn't have to base his portrayal on a character who already existed. He said, "I didn't have to sound like anybody. Some of the people in our show go on to be in the series."

The Hollywood star, who was best known for his leading role as Henry Hill in Martin Scorsese's 1990 crime classic "Goodfellas", died in the Dominican Republic while shooting a new film called "Dangerous Waters", according to his publicist Jennifer Allen.

One of the last films Liotta finished before his death, "Cocaine Bear", announced its official release date a few weeks earlier. The film, directed by Elizabeth Banks, is due for a cinema release on February 24, 2023, Universal confirmed earlier in May 2022. It has been reported there were no signs of foul play or anything suspicious about Liotta's death.

Liotta is survived by his actress daughter Karsen, 23, and he was engaged to be married to Jacy Nittolo, 47, who was with him while he was filming in the Dominican Republic. A cause of death is still to be formally released.

Ray Liotta's Fiancee Breaks Silence on His Sudden Death: 'We Were Inseparable' 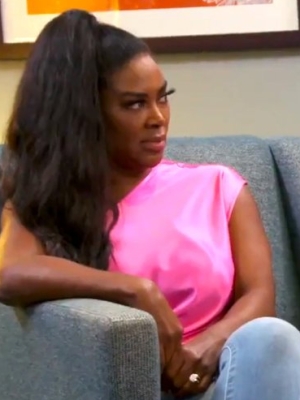