For the premiere of her movie 'Showing Up' at the annual French movie event, 'The Greatest Showman' actress hits the red carpet in a lacy black-and-white long dress.

AceShowbiz - Michelle Williams has brought something special to the 2022 Cannes Film Festival. Two weeks after announcing her pregnancy, "The Greatest Showman" actress made use of her appearance at the French movie event to debut her baby bump.

On Friday, May 27, the "Venom" actress came out for the premiere of her upcoming movie "Showing Up", and hit the red carpet in a lacy black-and-white Chanel Haute Couture long dress that accentuated her growing bump. For the special occasion, she completed her look with Chanel ballet flats and a diamond necklace. 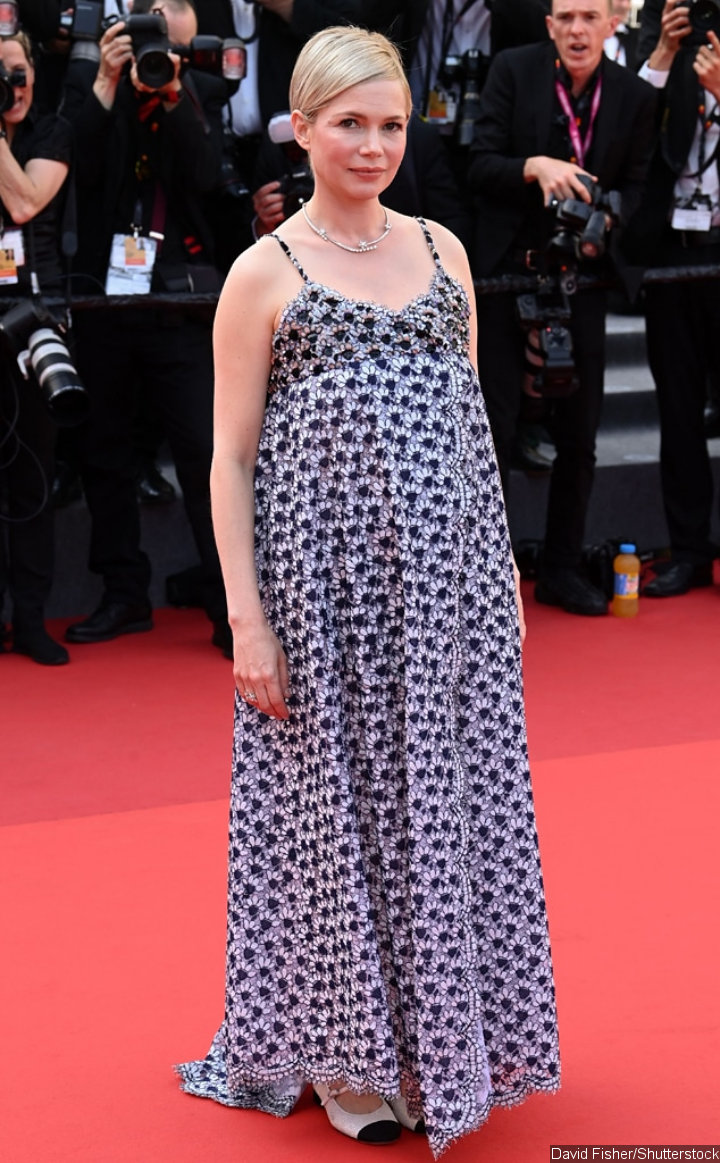 Michelle first shared news of her pregnancy on May 10 through Variety's cover story. This baby will be her second children with her director husband Thomas Kail. The pair have already shared 23-month-old son Hart. "It's totally joyous," the "Dawson's Creek" alum told the magazine about her pregnancy.

"As the years go on, you sort of wonder what they might hold for you or not hold for you," the "Shutter Island" actress went on explaining. "It's exciting to discover that something you want again and again, is available one more time. That good fortune is not lost on me or my family."

Michelle further added, "There's nothing that makes you committed to a better world than raising a great kid." The 41-year-old actress then labeled parenting as "the ultimate creative act."

The "Oz the Great and Powerful" actress is also a mother to daughter Matilda. She welcomed the 16-year-old with late Heath Ledger in October 2005. However, the two went separate ways in October 2007, months before Heath passed away at age 28 due to an accidental overdose.

Elsewhere in the interview, Michelle also opened up about raising Matilda without the Joker depicter in "The Dark Knight". She admitted that she found help and leaned on fellow actor Jeremy Strong during hard times.

"[Matilda] didn't grow up with her father but she grew up with her Jeremy," the actress told the magazine at that time. "Jeremy was serious enough to hold the weight of a child's broken heart and sensitive enough to understand how to approach her through play and games and silliness."

Michelle Williams Gives Thumbs Up to 'The Greatest Showman' Sequel