The former 'Ray Donovan' star and the Grammy-nominated musician are putting on a loved-up display when pictured at The Moth Ball 25th Anniversary Gala at Spring Studios in NYC.

AceShowbiz - Katie Holmes has no intention to hide her romance with her new boyfriend Bobby Wooten III. Weeks after they were first spotted together, the pair have confirmed their relationship by making a red carpet debut as a couple.

The lovebirds put on a loved-up display when photographed at The Moth Ball 25th Anniversary Gala at Spring Studios in New York City on Thursday, May 26. The 43-year-old actress/director came as the Grammy-nominated musician's plus-one at the event which honored singer/songwriter David Byrne.

For the red carpet event, Katie opted for an elegant look in an ankle-length peach-toned pleated high-neck gown, which she paired with toe-ring black heels and a chic art deco purse. Her boyfriend, meanwhile, rocked a forest green suit and black shirt. 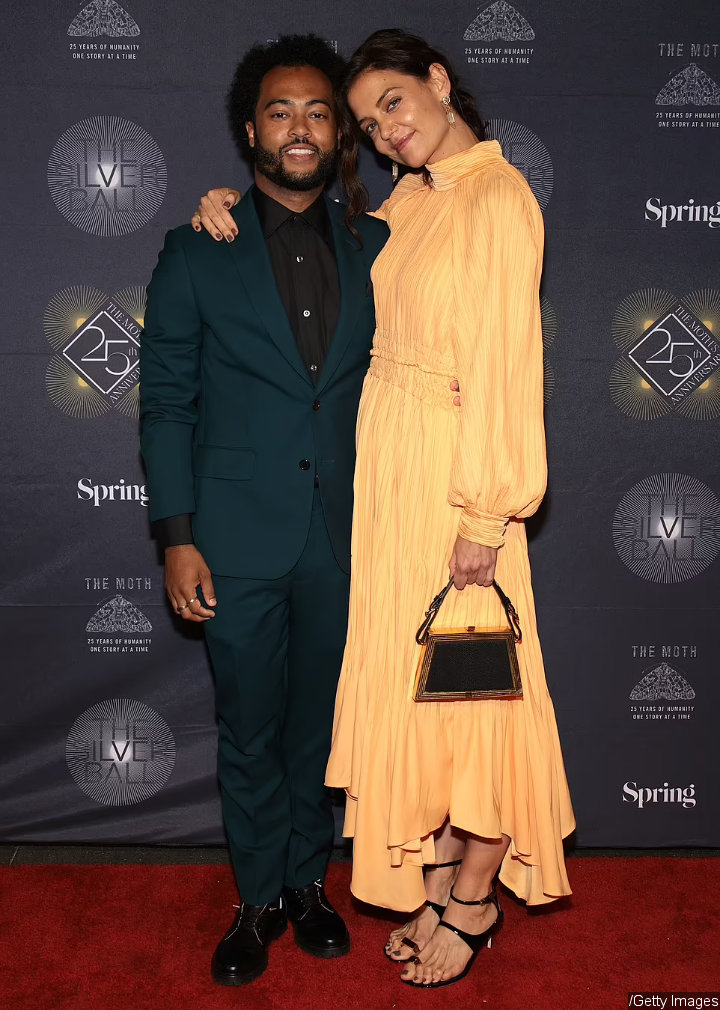 "I'm happy to have [Katie] here as my date," the 33-year-old composer told Us Weekly on the carpet. He went on sharing about his role for the night, "I'm so excited to be here for David. He's impacted my life like crazy so it's quite easy to speak on everything he's done for me."

At the event, a source dished that Katie looked comfortable with Bobby and the two were "acting like they've been dating a long time." The "Batman Begins" actress was reportedly doting on the Illinois native as they walked hand-in-hand and stopped to smile for the cameras before heading upstairs to cocktail hour.

Katie and Bobby first sparked romance rumors last month, after they were spotted kissing and holding hands during a date in NYC on April 28. At one point, the "Dawson's Creek" alum seemingly introduced her new man to her mother Kathy Holmes. Kathy welcomed the professional bass player as she was seen giving Bobby a hug.

Prior to dating Bobby, Katie was in a longtime relationship with Jamie Foxx before they split in 2019. She then dated chef Emilio Vitolo Jr. in 2020, but they split in May 2021.