Cardi B Awarded $1.25M as She Wins Libel Lawsuit Against Blogger Tasha K

The YouTube blogger remains positive and tweets, 'Winos it's only up from here,' after she's found guilty on three separate counts for 'defamation of character' and two other forms of wrongdoing.

AceShowbiz - Cardi B has come out victorious in a libel case against Latasha Kebe a.k.a. Tasha K. Following a two-week trial, the jury returned a verdict that sided with the Bronx femcee on Monday, January 24.

Tasha was found liable on three separate claims for "defamation of character, invasion of privacy through portrayal in a false light, and intentional infliction of emotional distress." She is ordered to pay Cardi $1.25 million in general damages and $250k for medical expenses, according to TMZ.

The "Bodak Yellow" hitmaker could end up being awarded more since there are more court proceedings starting Tuesday, January 25 to determine whether Tasha owes additional punitive damages or whether she must reimburse Cardi's legal expenses.

Tasha has reacted on Twitter following the verdict. "My Husband, Attorney's, & I fought really hard. I want to thank them for their long hours and sleepless nights," she tweeted. Remaining positive, the blogger added, "Winos it's only up from here. See y'all in a few days. Back to work." 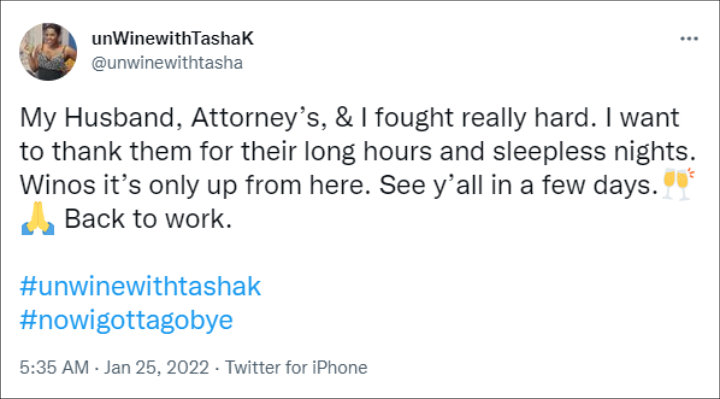 Tasha K tweeted after the verdict in libel case against Cardi B.
See also...

Cardi, meanwhile, posted a cryptic message on her Instagram Story to express her gratitude. "My queen thank you for hearing my prayers…," she wrote along with a throwback photo of her and two older women. "only you know those nights that I cried to you feeling hopeless and tired even when it seems like I have the world on my hands." 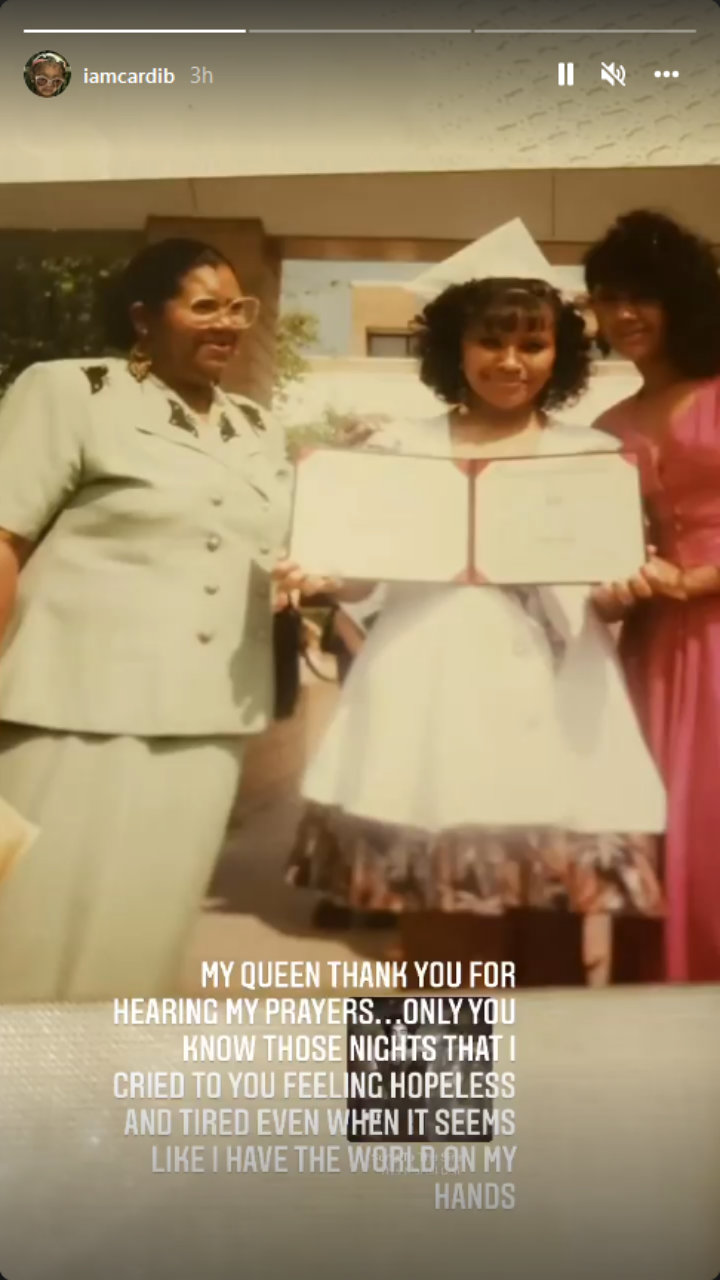 Cardi B posted a cryptic message after she won the federal libel suit.

Cardi filed the lawsuit against Tasha in 2019 over her YouTube videos in which she claimed that the Grammy Award-winning artist "f**ked herself with beer bottles on f**king stripper stages." She also said that the 29-year-old femcee contracted herpes, was a prostitute, cheated on her husband Offset and did hard drugs.

The trial kicked off on January 10 in Georgia federal court. On Thursday, January 13, Cardi took the stand and told the jury that the malicious allegations made her feel suicidal. "I felt extremely suicidal. I felt defeated and depressed and I didn't want to sleep with my husband," she said.

"Only an evil person could do that s**t," the Bronx raptress said, before apologizing for her language. The "WAP" hitmaker added that Tasha's defamatory posts caused her to develop fatigue, anxiety, weight loss and migraines.