Mathew Rosengart, who represented the 'Toxic' hitmaker in her battle to end her 13-year conservatorship, joins the legal team assembled by Peter's daughter Libra Max.

Rosengart, who successfully represented the pop star in her battle to end her 13-year conservatorship, has joined the legal team assembled by Peter's daughter Libra Max, who claims court-appointed guardians and legal counsel have effectively "put my father in prison."

Peter, 84, who is known for his 1960s and 70s artworks, is suffering from Alzheimer's disease and, according to Libra, has been isolated in his New York apartment, with friends and family allowed to visit for only an hour at a time. She also claims her father's beloved pets and phone have been taken away.

She contends the arrangement, set up in 2016, is costing Peter's estate hundreds of thousands of dollars annually and "has isolated him, medicated him, and stripped him of civil liberties."

In a statement released on Monday, November 22, Rosengart wrote, "I am honored to join the team's laudable efforts to seek justice for Peter Max. This typifies the type of guardianship that merits judicial attention and potential state and federal legislation."

"Guardianships and governmental intervention should be an absolute last resort and this case warrants a fresh look and implementation of less restrictive measures and the restoration of basic human rights. We will fight vigorously to obtain newfound freedoms for this American icon."

Max, whose works hang in the Museum of Modern Art in New York, has a fortune valued at $65 million (£49 million) or more, but it's alleged his guardians have drained the estate of more than $16 million (£12 million).

The guardianship was created after a court ruled he needed protection from alleged physical, mental, and emotional abuse by his then-second wife, Mary. The legal arrangement has remained in place, despite Mary Max's 2019 suicide.

"My father has a network of family and friends who want to be with him in the twilight of his life. The abuse he has faced at the hands of the predatory guardianship system is incomprehensible. I am thrilled Matt agreed to join our team in fighting for my father. This guardianship must end," Libra wrote in a statement shared with Variety.

A New York State Supreme Court hearing is scheduled for November 30, at which she will demand an end to the guardianship.

Thousands, including actress Frances Fisher and singer Bebe Buell, have signed a petition to end the legal arrangement at FreePeterMax.com.

DaniLeigh Debunks Claims That She Doesn't Consider Herself Black: It Doesn't Make Sense 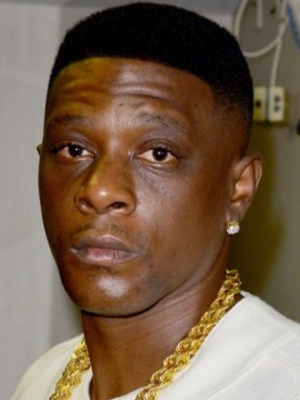