The 'Boyz' singer has gotten a cool $4 million payday from former bandmates for her share of tour, music, and ad deals after she decided to leave the all-female group.

The "Boyz" singer got a multi-million pound buyout when she left the girl group in December 2020 from the remaining members Perrie Edwards, Leigh-Anne Pinnock, and Jade Thirlwall.

Documents submitted to Companies House - obtained by Britain's The Sun newspaper's Bizarre column - show that the three existing members gave Jesy a cool $2.6 million (£1.9 million) for her share of Eternal Magic Touring, a firm that handles their touring expenses.

In addition, Jesy received $1.6 million (£1.2 million) for her part of Eternal Dance Media, which deals with their music and ad deals. The deal was done in July.

Jesy Nelson fell out with her former bandmates following her solo debut.

She launched new single "Boyz" after leaving the all-girl group. The single sampled P. Diddy's hit "Bad Boys for Life" and featured Nicki Minaj. It also featured Diddy's cameo in the music video, but the single release was marred by black-fishing accusations, which Jesy vehemently denied.

"We're not talking any more. It is sad but honestly there is no bad blood from my side, and I still love them to pieces and genuinely wish them all the best," Jesy said.

Jesy Nelson Urged to Launch Her Own Beauty Brand 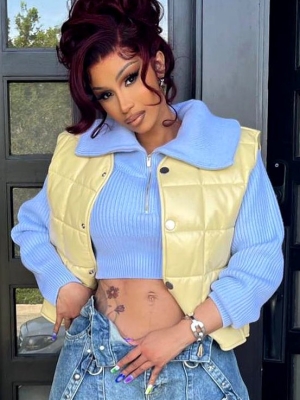