After the giant social media sites owned by Facebook were hit by a six-hour error, many celebrities turn to their Twitter account to make jokes about the worldwide outages.

AceShowbiz - Adele, Dolly Parton and Snoop Dogg are among celebrities who react to Facebook, Instagram and WhatsApp global outages. After the giant social media sites owned by Facebook were hit by a six-hour error, the stars began making jokes on their Twitter account.

As Facebook and its sister site Instagram and messaging service WhatsApp went down on Monday, October 4, the official Twitter account wrote, "Hello literally everyone," making fun of the fact that social media users had nowhere else to turn to. Adele, who has updated her social media profiles apparently teasing the release of her new album titled "30", then replied to the post as saying, "Hiya babes!" 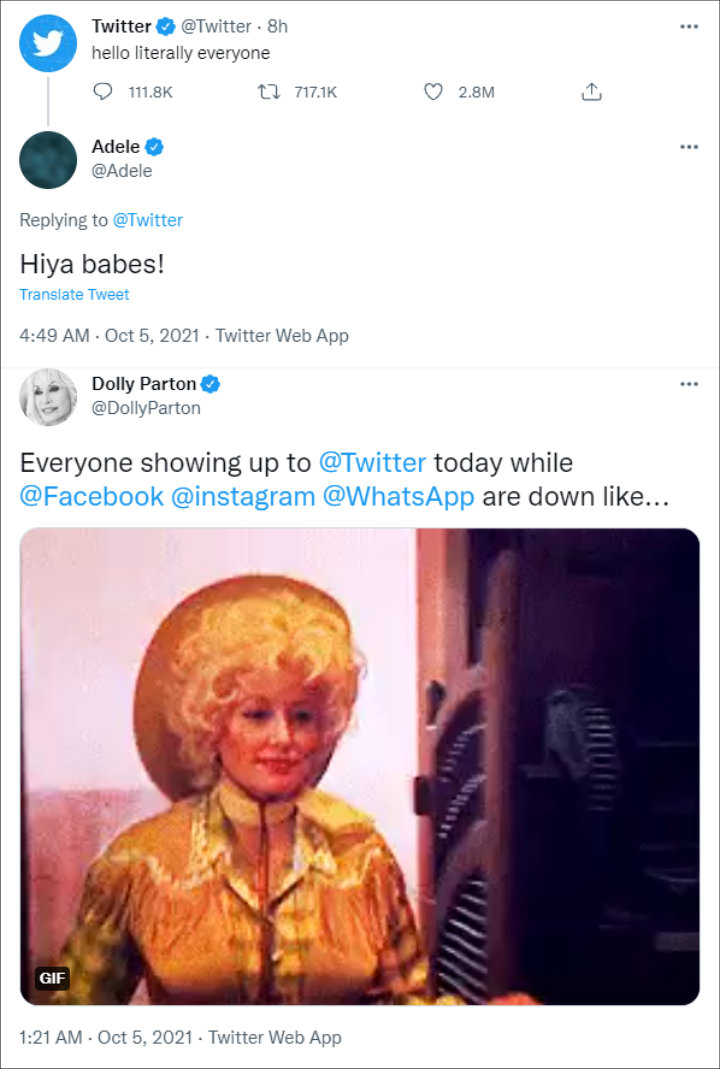 Dolly also tweeted light-hearted remarks about the catastrophic worldwide outage, "Everyone showing up to @Twitter today while @Facebook @instagram @WhatsApp are down like…," adding a GIF of her striding through saloon doors. In the meantime, Snoop, who is known for his love of cannabis, turned to his Twitter page to write, "Ig down? Roll one and be productive."

Meanwhile, Reese Witherspoon wrote, "All other social platforms today: Kaput." The "Legally Blonde 3" actress went on showing how Twitter reacted to the global outages with a GIF of herself shouting, "Thank you!" 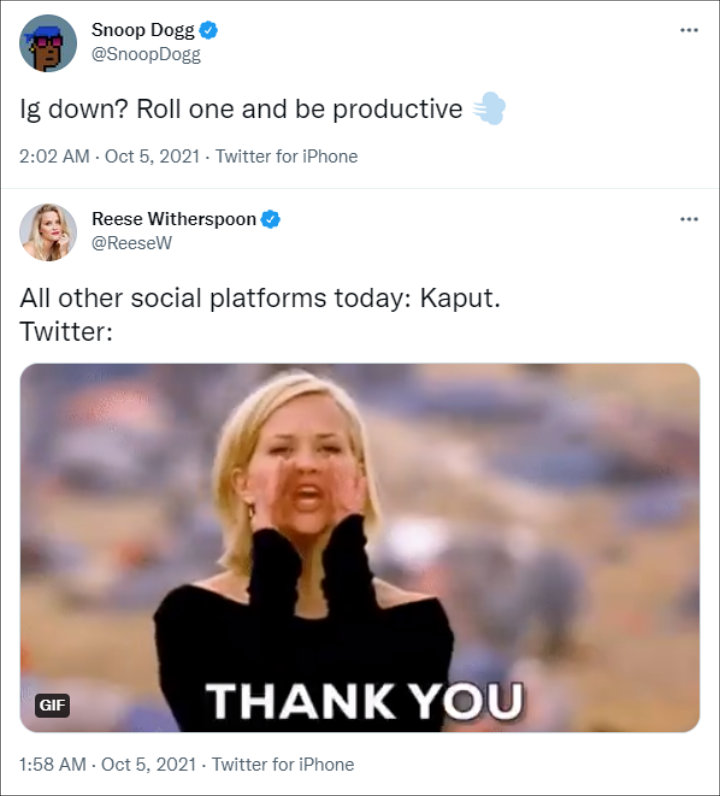 The worldwide error also forced Chrissy Teigen to make her return to Twitter following a break amid a high-profile bullying row. The former "Lip Sync Battle" co-host wrote, "Everything's down!! honestly take it all away from us." She also posted a video of her dog and told fans she would have shared it to Instagram had the platform been working.

On the other hand, Bette Midler voiced a more serious tone and pointed to the bullying which often found on social media websites. "Facebook and Instagram are down. I guess that's a good thing; a few hours respite for the poor kids who are bullied incessantly on those sites. All the adults in the room are hoping they stay down," the 75-year-old singer/actress wrote. 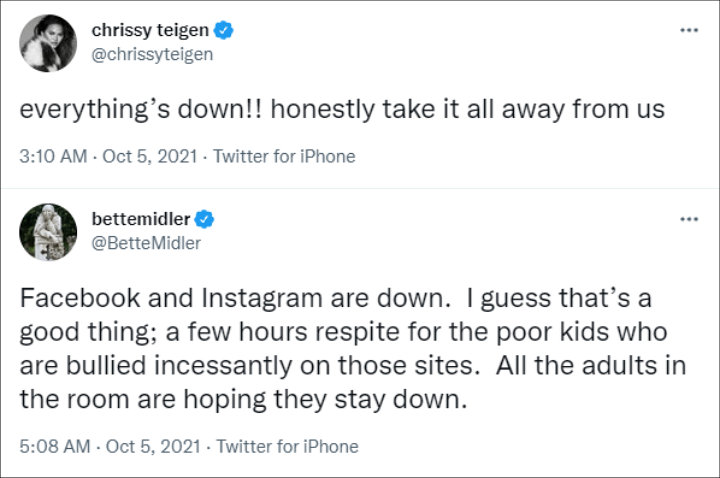 Following hours-long outage that affected millions of users around the world, Facebook issued an apology via Twitter. "We're aware that some people are having trouble accessing our apps and products. We're working to get things back to normal as quickly as possible and we apologize for any inconvenience," read the statement.

After the services came back online, Facebook wrote in a separate Twitter post, "To the huge community of people and businesses around the world who depend on us: we're sorry." The note continued to read, "We've been working hard to restore access to our apps and services and are happy to report they are coming back online now. Thank you for bearing with us." 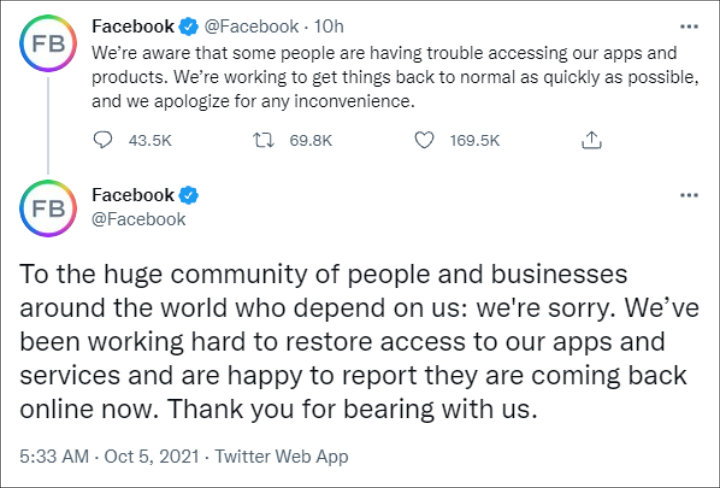 Facebook issued an apology after being hit with worldwide outages.

The cause of the outage remains unclear. According to members of Facebook's security team, "It was unlikely that a cyberattack was the culprit because a hack generally does not affect so many apps at once." The security experts then said the problem most likely stemmed instead from a problem with Facebook's server computers.