Lorde Insists She Doesn't Feel 'Bound to the Systems'

The 'Solar Power' singer is grateful for not feeling 'bound to the systems of our industry the way a lot of women do' as she describes it as 'a really privileged spot to be in.'

AceShowbiz - Singer Lorde takes inspiration from other female musicians who have stood up for themselves, including Britney Spears and Fiona Apple.

The New Zealand-born star features in Variety's 2021 Power of Women issue, which recognises fierce women in the entertainment industry using their voices to benefit worthy causes and, in her piece, she admits that being "less an object of desire" than other female artists gives her more creative freedom.

"I don't feel bound to the systems of our industry the way a lot of women do, which is a really privileged spot to be in," the singer says, revealing she has really figured out how the industry works 11 years into her career as a professional.

Signed to a label at the age of 13, she now explains, "It's a game and if you know the rules; you also know how to break them. If you think that the industry is real life, you're going to run into problems. It's fantasy and archetype."

"I feel so empowered being involved in all the different areas of my job that traditionally would be left to someone else, whether it's something like lighting my show, directing videos, graphic design."

And she has also used her musical heroes as inspiration when she feels it's time to speak up for what she believes. "Being bold is vital because people are only going to listen to you if you speak up," she adds. "It's hard for me - I'm shy, I'm a shy girl - but you always regret not being bold, and you very rarely regret toughening up and doing it..."

"Whether it's someone like Britney, who we've all seen go through this terrible (conservatorship) thing, or Fiona Apple, there's always someone who came before you taking it on the chin."

And the "Mood Ring" singer isn't afraid of taking credit for her work, adding, "Women need to be valued for not just the emotional nuance they bring to songwriting, but also technical skills... I'm a really good producer." 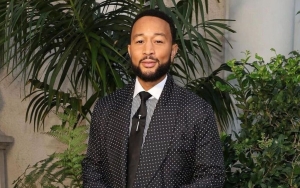 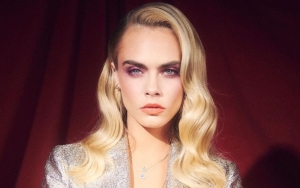 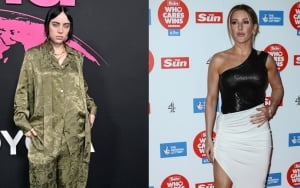