The 'Hot in Cleveland' actress admits she felt uneasy about her upcoming return to television as she's tapped for 'Don't Sweat the Small Stuff: The Kristine Carlson Story'.

AceShowbiz - Heather Locklear was "fearful" of her return to television.

The actress appears as Kristine Carlson in upcoming made-for-TV film "Don't Sweat the Small Stuff: The Kristine Carlson Story" - which is based on the book series by Kristine and her husband Dr. Richard Carlson - and she was apprehensive about her first small screen role in four years.

Speaking to reporters during Lifetime's Fall Movies press event this week, she said, "The challenging part of it was so fearful for me."

One emotional scene which sees Kristine learning her husband - played by Jason MacDonald - has died was shot on the second day of filming.

Heather turned to Kristine herself to help research the powerful moment, and added, "She said, 'It's almost like a child dying.' And that stopped me in my tracks."

Although the star wasn't sure if she'd be able to hit the right emotional level the scene called for, she settled and "felt very safe."

And while Heather - whose last TV role was on "Too Close to Home" from 2016 to 2017 - had other concerns about remembering her lines after a few years away, she said she found it "so easy" to get back into old habits.

She told People, "I don't know why I was so fearful of memorising lines, how about getting emotion across."

Heather's comeback arrives two years after she plead no contest to eight misdemeanour offences related to two run-ins with cops and emergency responders.

She was found guilty and ordered to enrol in a residential rehabilitation programme as part of her sentence. 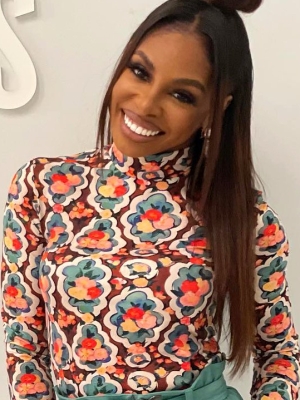 Kourtney Says She's Pressured to Have IVF, Slams 'The Kardashians' Producers Over Her Storyline

Lily-Rose Depp Gets Raunchy in New Trailer for 'The Idol'