The three-time Golden Globe nominee reacts to the controversial collaboration in a performance at the Bourbon Room in Los Angeles, calling out her rocker ex and alleged abuser.

AceShowbiz - Evan Rachel Wood has made it known to the public that she is not impressed by Kanye West's collaboration with Marilyn Manson. The three-time Golden Globe nominee appeared to react to that in a performance at the Bourbon Room in Los Angeles, calling out her rocker ex and alleged abuser.

On Saturday, August 28, the "Westworld" actress took the stage to perform a cover of the New Radicals' 1998 single "You Get What You Give" with her musical partner Zane Carney of Evan + Zane. Prior to singing, Evan told the crowd, "I've been saving this but it seems like the appropriate time."

Not stopping there, the 33-year-old put up her middle finger as she sang his name, prompting the crown to erupt into cheers.

Prior to this, Evan also reacted to the collaboration in an Instagram Story post. Sharing a screenshot of an article reporting the news of Marilyn being featured in Kanye's "Donda" album, Evan wrote over the pic, "Triggered, re-traumatized, and unsafe." 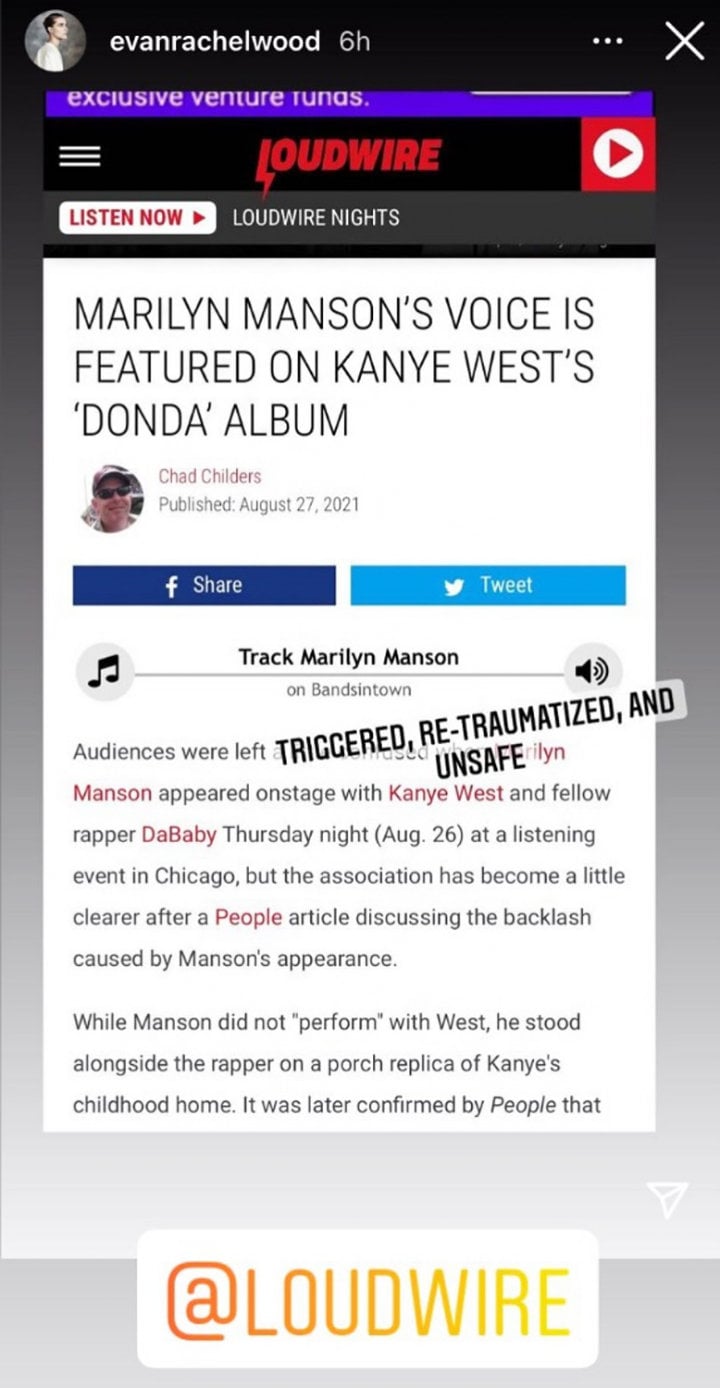 According to a source, Kanye purposely brought the Antichrist Superstar artist alongside DaBaby onstage during his recent listening party to cause controversy. "He knows that having controversial figures around will be provocative and will get people talking," the source told PEOPLE. "He knows that people are going to be upset and that there will be backlash. He also knows that people are talking about it today when they wouldn't have been otherwise."

Evan first got candid about being sexually assaulted by a "significant other" in 2016, but she only revealed Marilyn as her abuser in February. "The name of my abuser is Brian Warner, also known to the world as Marilyn Manson," Evan wrote at the time. "He started grooming me when I was a teenager and horrifically abused me for years. I was brainwashed and manipulated into submission. I am done living in fear of retaliation, slander, or blackmail."

"I am here to expose this dangerous man and call out the many industries that have enabled him, before he ruins any more lives. I stand with the many victims who will no longer be silent," Evan, who is among at least 15 women who have accused Manson of sexual assault, added. 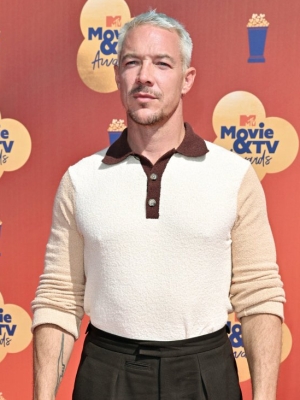