The 'Amanda Knox' star, who was wrongly convicted of the 2007 murder of her roommate Meredith Kercher, calls out the Oscar-winning actor in a Twitter thread.

AceShowbiz - Amanda Knox took issue with Matt Damon's new film "Stillwater". The journalist, who was wrongly convicted of the 2007 murder of her roommate Meredith Kercher in Italy, blasted the Oscar-winning actor for "profiting off" her story without her consent.

The 34-year-old voiced her frustration in a Twitter thread on Thursday, July 29. "Does my name belong to me? My face? What about my life? My story? Why does my name refer to events I had no hand in? I return to these questions because others continue to profit off my name, face, & story without my consent. Most recently, the film #STILLWATER," she first argued.

"This new film by director Tom McCarthy, starring Matt Damon, is 'loosely based' or 'directly inspired by' the 'Amanda Knox saga', as Vanity Fair put it in a for-profit article promoting a for-profit film, neither of which I am affiliated with," she added. " 'The Amanda Knox saga.' What does that refer to? Does it refer to anything I did? No. It refers to the events that resulted from the murder of Meredith Kercher by a burglar named Rudy Guede."

"It refers to the shoddy police work, prosecutorial tunnel vision, and refusal to admit their mistakes that led the Italian authorities to wrongfully convict me, twice. In those four years of wrongful imprisonment and 8 years of trial, I had near-zero agency," Amanda further fumed. "Everyone else in that 'saga' had more influence over events than I did. The erroneous focus on me by the authorities led to an erroneous focus on me by the press, which shaped how I was viewed. In prison, I had no control over my public image, no voice in my story."

The "Amanda Knox" star, who was acquitted in 2015, went on to note that "Stillwater" was not the first movie to "rip off my story without my consent at the expense of my reputation." She continued, "There was of course the terrible Lifetime @LMN movie that I sued them over, resulting in them cutting a dream sequence where I was depicted as killing Meredith."

Amanda Knox slammed Matt Damon for 'profiting off' her story with 'Stillwater'.

While Amanda believes that Matt's new movie was inspired by her wrongful conviction, director Tom has previously insisted that the story is complete fiction. "There's no similarity in our two stories beyond an American student in jail. I was just fascinated with that so I sort of from that moment on left the story behind. Obviously, we created a completely new story around it," the Oscar-winning director recently told Cleveland.com.

In "Stillwater", Matt stars as an oil rig worker from Oklahoma named Bill Baker. Bill travels to Marseille, France to free his estranged daughter Allison (Abigail Breslin), who is imprisoned for a murder she didn't commit. The film will hit theaters on Friday, July 30. 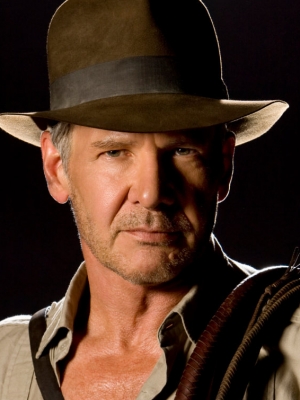