The record executive also describes the 'Empire State of Mind' rapper as a liar and a 'bully' for trying to stop him from selling his shares at the record label.

AceShowbiz - Dame Dash has called out Jay-Z for taking a legal action against him. The record executive, who has been sued by the "Big Pimpin'" spitter for allegedly trying to sell his "Reasonable Doubt" album as NFT, slammed the MC for his " 'only one man to eat' syndrome."

"He's got 'only one man to eat' syndrome and 'everybody else got to work for him' syndrome and 'kiss the ring and we're gonna mess up his reputation' syndrome if you look under the hood," the 50-year-old said of the rapper in an interview with Page Six. "It continues to happen."

"It is f**ked up for one black man to do that to another black man in front of all these people and whoever believes that s**t is a sucker," Dash further argued. "I got a bridge I can sell you too."

"They just said that I tried to sell an NFT of 'Reasonable Doubt' and... it's not true. I'm not running around to different places trying to auction off 'Reasonable Doubt'. I've been working with one platform and that's SuperFarm," he emphasized. "And the thing is I own a third of Roc-A-Fella Records and I can sell my third if I feel like it."

"Jay himself tried to buy my third and it was a crackhead deal. He offered me like I was Pookie or something from 'New Jack City'," the music mogul added. "That's what corporate always does to the independent guy. It's a case of corporate versus independent and how they try to bully me -but they are trying to bully the wrong one."

Dash, who co-founded Roc-A-Fella with Jay-Z and Kareem "Biggs" Burke in 1995, is furious that the husband of Beyonce Knowles filed the lawsuit on the behalf of the record label. "He thinks Roc-A-Fella records is his - it is ours - and he's doing all this on Roc-A-Fella's behalf," Dash raged.

The lawsuit against Dash was filed on Friday, June 18. In the document, it was stated, "Dash is frantically scouting for another venue to make the sale... The sale of this irreplaceable asset must be stopped before it is too late, and Dash must be held accountable for his theft." 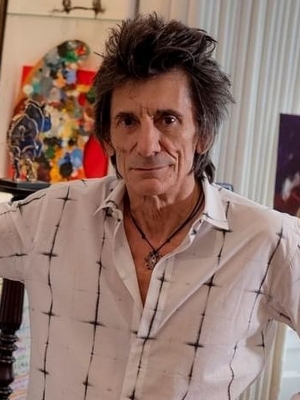