The 'Congo' singer and her husband Emilio Estefan are hosting a special dinner to mark the 25th anniversary of the 1996 movie where she performed her classic single.

AceShowbiz - Gloria Estefan and her husband Emilio will celebrate the 25th anniversary of hit film "The Birdcage" by staging a special Dinner in Drag experience at their Miami, Florida hotel.

The Latin superstar performed her classic "Congo" in the 1996 movie, while producer Emilio contributed to the soundtrack, and now the couple is paying tribute to the iconic release by inviting fans to book their tables for the special event, which launches on 1 June (21) to coincide with Pride Month.

Dinner in Drag will be held in the VIP Room of the Estefans' South Beach Cardozo Hotel, which was designed with aspects of "The Birdcage" in mind, and feature an extravagant performance curated by local R House Drag Brunch star Athena Dion, as well as sets by a drag queen DJ.

Ticketholders will be served a three-course meal with mojito pairings, before getting to rewatch "The Birdcage" at a post-dinner screening.

"We love The Birdcage," Gloria gushes to People.com. "It is a hilarious portrayal of South Beach in the 1990s when that part of Miami was very much known for clubs and bars like we see in the film."

"Emilio and I feel a great sense of pride when we see our hometown showcased like this, and we wanted to pay tribute to the movie in our hotel."

Fans can book their seats at Dinner in Drag until the end of the year.

The singer adds of the entertaining show, "We love that people can come into Cardozo and have this experience inspired by a movie that is so entertaining and that our family enjoys so much."

"The Birdcage" starred Calista Flockhart and Dan Futterman as an engaged couple introducing its parents to one another, with Robin Williams playing the gay father of the groom and Gene Hackman portraying a conservative senator and father of the bride.

Armie Hammer Replaced by Miles Teller in 'The Offer' 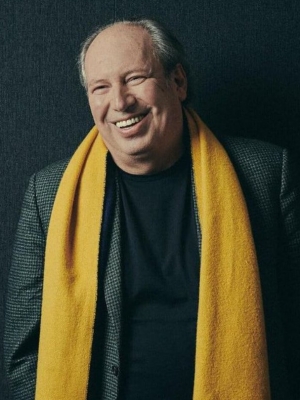