In the show based on Jane Austen's final, unfinished novel, the 'Divergent' actor takes on the role of Sidney Parker opposite Rose Williams' heroine Charlotte Heywood.

The "Divergent" star played love interest Sidney Parker opposite Rose Williams' heroine Charlotte Heywood in the show, which is based on Jane Austen's final, unfinished novel, and debuted in the U.K. in 2019.

"Sanditon" was initially canceled by British broadcasters at ITV after its premiere, but officials at America's PBS network, on which the project aired in 2020, recently decided to renew the drama for seasons two and three - although James will not be a part of the storyline moving forward.

Breaking the news to fans on "Sanditon" official Twitter page, he wrote, "Although I relished playing Sidney, for me, I've always maintained that his journey concluded as I wanted it to. The broken fairy-tale like ending between Charlotte and Sidney is different, unique and so interesting to me and I wish the cast and crew of 'Sanditon' every success with future series."

While James will not be back as Parker, Williams will continue to lead the cast as Heywood in the series, which will be developed by season one writer Justin Young, who will also serve as executive producer, alongside original creator Andrew Davies. 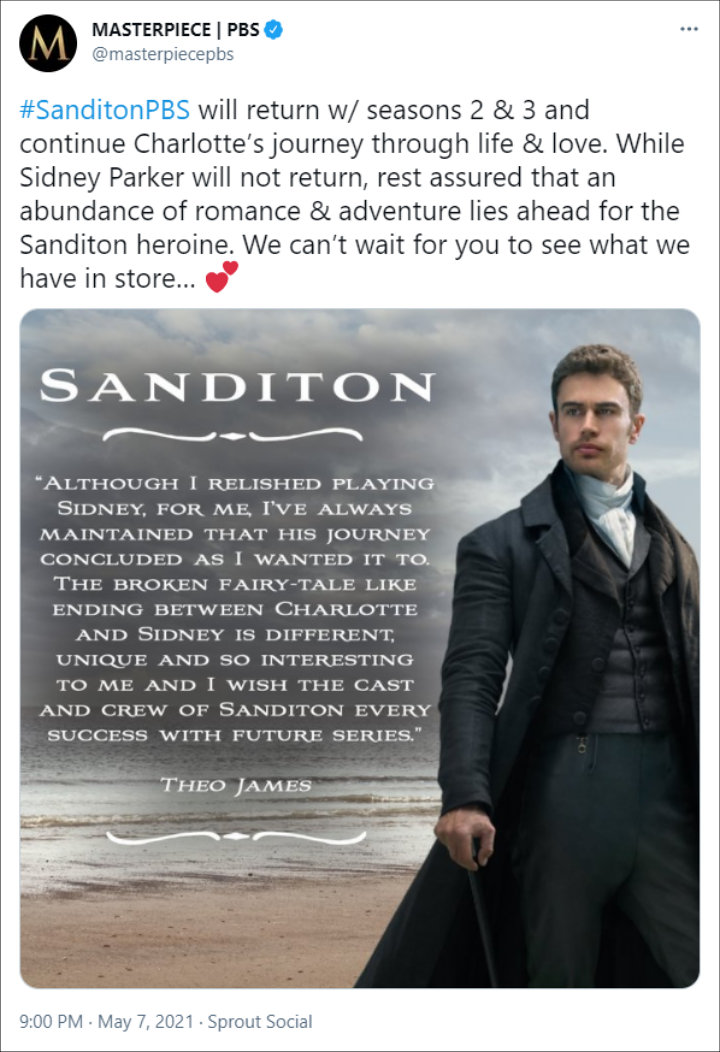 Masterpiece PBS assured fans 'Sanditon' will still have abundance of romance and adventure.

In its season renewal announcement, Masterpiece PBS tweeted, "#SanditonPBS will return w/ seasons 2 & 3 and continue Charlotte's journey through life & love." It added, "While Sidney Parker will not return, rest assured that an abundance of romance & adventure lies ahead for the Sanditon heroine. We can't wait for you to see what we have in store..." 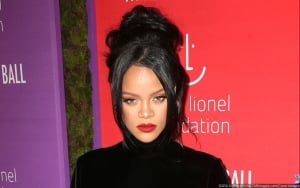