The 'Keeping Up with the Kardashians' star is no longer wearing the massive diamond ring that her baby daddy gave her last year after a model claimed she slept with the basketball star.

AceShowbiz - Khloe Kardashian seems to have taken another step back in her recently-reconciled relationship with Tristan Thompson amid his latest alleged cheating scandal. The reality TV star has taken off her massive diamond ring which the NBA star gave her last year after an Instagram model claimed she slept with the athlete.

In her Tuesday, May 3 Instagram Story, Khloe was no longer wearing the said ring. Flaunting her beautifully-manicured hand, the 35-year-old star showed her ringless fingers as she placed them on the steering wheel of her Ferrari. She left the video captionless, leaving it open for fans' speculation about what she tried to hint with the post. 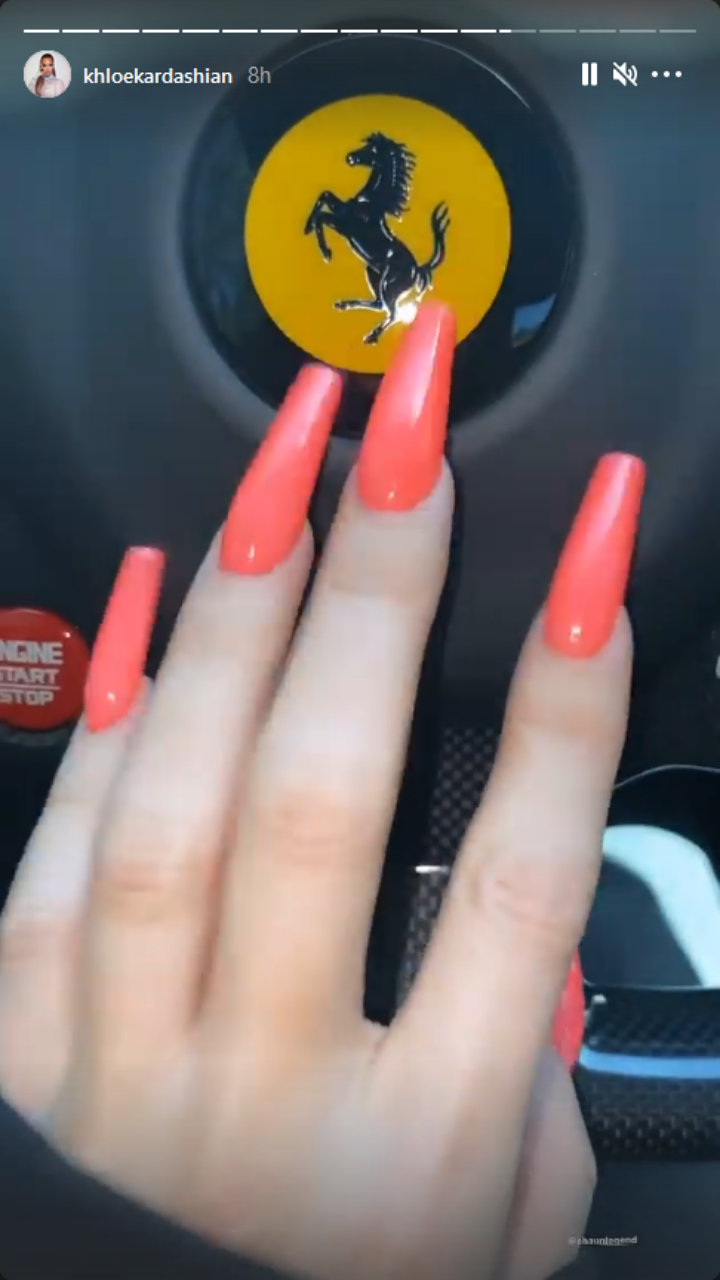 Khloe was first spotted wearing the huge sparkler on her left ring finger when she visited Tristan with their daughter True Thompson in Boston in December 2020. The jewelry sparked engagement rumors, before a so-called insider confirmed that the ring was indeed from Tristan, but it was meant to symbolize another kind of commitment instead of betrothal.

The mother of one continued to flaunt the ring on numerous occasions since then. She was last seen wearing the band during a photo shoot with her mother Kris Jenner for Bulgari campaign. In the caption of the snaps shared earlier on Monday, she gave a Mother's Day shout-out to the Kardashian-Jenner matriarch.

"Mommy, my guiding light, my mentor, my idol, my best friend, my Queen," she raved at her momager. "You have always put my happiness first. As a child I felt your love, I knew your warmth and your support, but your selflessness could only be fully understood when I became a mother myself. There is nothing you wouldn’t do for me, and for all of us. Thank you for everything you have done and continue to do for us. Thank you for the lessons you taught me. I love you more than you will ever know, and today and every day I celebrate you."

Khloe's decision to ditch her diamond ring comes after Sydney Chase revealed she hooked up with Tristan after they first met last November. During an interview with Adam22 on his "No Jumper" podcast, she said that Tristan allegedly told her he was single.

"I did not know he was in a relationship. He told me he was not in a relationship anymore," so she claimed. "We talked, we hung out multiple times, we went out together, everything. It happened, and then I found out he was not single, and I cut him off."

Sydney recently shared a screenshot of Khloe's alleged text messages to her. The person who reached out to Sydney and introduced herself as Khloe wrote, "I would appreciate if our conversation can remain confidential."