The song, featured on the rapper's 2014 release 'My Krazy Life', has been riddled with scrutiny in the midst of the rise in anti-Asian hate crimes across the country.

AceShowbiz - Rapper YG's debut album has been restored to streaming services with a censored version of the song "Meet the Flockers" following a backlash over the track's controversial lyrics.

Critics have long claimed the song, which is featured on the 2014 release "My Krazy Life", encourages wannabe burglars to target the homes of Chinese-Americans as YG recounts his criminal past and gives listeners a tutorial on how to score big in a break-in.

The tune opens with the lines, "First, you find a house and scope it out/ Find a Chinese neighborhood, cause they don't believe in bank accounts."

"Meet the Flockers" has faced further scrutiny in recent months amid the rise in anti-Asian hate crimes across the U.S., and last week (ends April 2), reports emerged suggesting YouTube employees had urged bosses to remove the video from the streaming platform, citing violations of the company's hate speech policy.

The request to YouTube's Trust & Safety team, however, was denied in an email from executives to the staff on March 22. The email noted that the song's lyrics violated the company's hate speech policy, but said "Meet the Flockers" would stay up because of an Educational, Documentary, Scientific or Artistic exception, citing the its "artistic context" and noting concern about setting a precedent that would lead to the removal of more music videos.

But days after the news hit headlines, "My Krazy Life" disappeared from music services such as Spotify and Apple Music.

It wasn't gone for long, though - it was re-uploaded hours later with the words "Chinese neighborhoods" censored, a move apparently taken by officials at YG's record label, Def Jam, and its parent company, UMG (Universal Music Group), according to Genius.com.

T.I. and Tiny Question Accusers' Credibility as They Hide Identities in Response to New Allegations 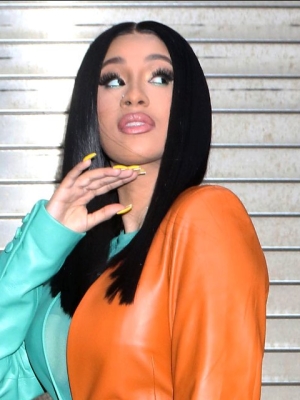